Britain’s housing crisis needs to be tackled by social firms

The economic crisis left almost no market unscathed. But there is one which remains disproportionately volatile since the recession. Britain’s housing market faces an uncertain future. Fear of...

The economic crisis left almost no market unscathed. But there is one which remains disproportionately volatile since the recession. Britain’s housing market faces an uncertain future.

Fear of collapse in the market is beginning to feel like a permanent threat for our leaders and citizens alike. In the UK, our ability to provide safe and adequate shelter for millions of people is quickly diminishing. The figures tell us that demand for affordable housing is way out of kilter with supply. In Britain, 1.8 million households are currently on the social housing waiting list and half a million households are overcrowded. Despite this, house building is at its lowest rate since the 1920s.

Affordable housing is out of reach for many people and, if the tide is not turned, owning a home will eventually become the preserve of an elite few. Already, less than 1% of the population owns more than 70% of land in the UK.

But while the UK housing market becomes increasingly toxic, our political leaders are failing to recognise the solutions emerging from the social economy.

Worn out debates send this market round in circles. Many argue for more homes to be built, but new developments are often opposed and the planning systems are rigged to protect those who already own property. Subsidies and government programmes have long distorted the market. The buy-to-let boom created a swathe of private landlords, some getting rich, others looking for a way to finance their retirement and care in later life, but on the other side of the fence, people are being priced out of the market, both excluded from home ownership and trapped in a world where they are forced to pay high rent. The most recent Help to Buy scheme has supported some people in getting onto the property ladder, but has raised concerns among economists who say that it risks creating another housing bubble. Throwing money at the problem isn’t necessarily the answer.

Overlooked and undervalued, social economy housing models could revolutionise the housing market. Co-operative and social enterprise alternatives create affordable housing and can reduce the cost of living. We need to combine social and economic approaches to the housing problem by equipping our communities with some radical tools.

Co-operative home-share schemes and social enterprise property guardians like Dot Dot Dot are utilising empty buildings and bringing down costs for renters and buyers. Crystal Fountain, a retirement village in Woodchester, Stroud, has been turned by its residents from a private equity-owned village into a mutually owned asset. There are also emerging opportunities with the potential for new garden cities, eco-towns and other large scale urban extensions to develop models which are pro-social and designed with communities at their heart.

And these models are working for our cousins abroad. In fact, in neighbouring countries co-operative housing represents a much larger percentage of the market than in the UK: 18% in Sweden, 15% in Norway and 8% in Austria, compared with just 0.6% in Britain.

Our next government must encourage these collaborations and support people-powered approaches to housing.  Community ownership and local people should be involved at the planning, development and finance stages of all large-scale developments. Tax systems can be used to open up the housing supply from second and third home owners, empty homes and absent landlords.

Advances in the social economy must be embraced to help pull our housing market from the crisis it faces, and ensure it works for the benefit of people and communities.

• Peter Holbrook will be speaking on this subject at the Social Enterprise and Housing Conference and Exhibition on 26th March. 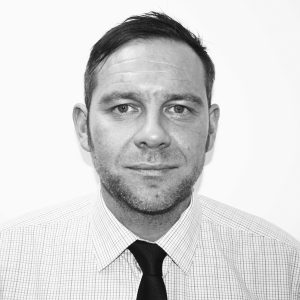 Peter Holbrook is chief executive of Social Enterprise UK. He is hungry for social justice and believes that social enterprise provides one of our very best hopes. He’s passionate about communities creating change through innovation.

The manifesto for social change
Previous

Some good news from the other 5,999 UK co-operatives
Next
Subscribe to the newsletter