When I speak about food sovereignty, I often use the rather trite phrase that most people today think food comes from Tesco. The depressing comments from the Co-operative Group...

When I speak about food sovereignty, I often use the rather trite phrase that most people today think food comes from Tesco. The depressing comments from the Co-operative Group that the Co-operative Farms are a ‘non-core’ part of the business, and that attachment to them is sentimental, suggests the current generation of co-operative managers share a similarly narrow view, and a short-sightedness about their role in providing customers access to a reliable source of ‘good food’.

Back in 2010, I co-wrote a paper called ‘The co-operative path to food security‘. In it, I pointed to the increasing volatility of global food prices as speculators moved their gambling activities from financial products to commodities markets. Charities working with the poor of the global South are increasingly focusing on the link between poverty and control over food supplies, which includes ownership of land. Without that control, our daily bread might become subject to the forces of extortion that have destroyed our banks and left us with the politics of austerity.

It never was enough for me that the food I bought in my local Co-op was ethical and fairly-traded; as a green economist I also wanted it to be as local as possible. The Co-operative shops have not been as successful in this regard as I would like because of their centralised distribution system, but my own Midcounties Co-op has been building up its Local Harvest offer in recent years and I’m surely not the only customer who looks to see whether the vegetables on the shelves have been grown on the Co-operative Farms. The threat to sell this land and destroy the livelihoods it supports pushes the possibility of sustainable local supply chains further away than ever.

For me, co-operation is about two things: achieving justice in the supply chain by removing the possibility of the extraction of profit by those who do not earn it; and insulating ourselves against the worst excesses of the global capitalist economy. Having our own shops that sell good quality food produced on our own farms by workers with decent terms and conditions is fundamental to this vision. Supermarkets that sell the same corporate products as the rest, but where I receive vouchers at Christmas, have lost all but the merest token of a co-operative identity. If I had a vote at the Co-operative Group – and I increasingly wish this was the way the Group was structured – I would vote for farms rather than shops every time. 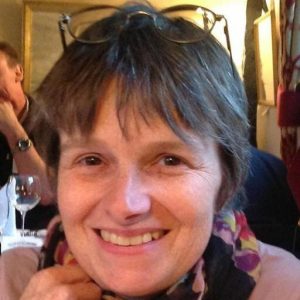 Molly Scott Cato is a green economist and prominent member of the Green Party of England and Wales. She is Professor of Strategy and Sustainability at the University of Roehampton and Convenor of Roehampton Business School's Responsible Capitalism research centre.

Find out why buying Fairtrade is a beautiful thing ...
Next
Subscribe to the newsletter