Co-operative Group invites British public to ‘Have Your Say’

A nationwide poll has been launched by the Co-operative Group as part of its plans to transform the organisation. The online opinion poll, Have Your Say, asks members...

A nationwide poll has been launched by the Co-operative Group as part of its plans to transform the organisation.

The online opinion poll, Have Your Say, asks members of the public, including customers, employees and members, their views on the issues that matter to them.

Chief executive Euan Sutherland has acknowledged that the Group has “lost touch with its customers and members”. He added: “We have been distant from customers, not understanding exactly what we should be doing. So that is part of the strategic review. And clearly a very important part of that is asking our customers to get involved and have their say.”

The survey deals with a range of issues, such as the future of the Group and how businesses in general should engage communities.

Mr Sutherland said: “We will be asking people up and down the country what they believe the Co-operative should really stand for. This is an unprecedented move for an organisation of the size and the scale of the Co-operative and the results will feed directly into our wider review of strategy and purpose.”

The poll, created by YouGov, also asks how people prefer to engage with the issues that matter, such as writing to a newspaper or taking direct action.

Business-related issues tackled include the issue of online shopping, which of the Group’s businesses people shop at, and how the Group should distribute its profits. Options include supporting local communities, providing lower prices for customers and distributing profits directly to members.

The survey also asks about participation within the Group, assessing knowledge of its democratic process, whether customers feel informed about what is going on and how they interact with area committees, regional boards and the main Group board. 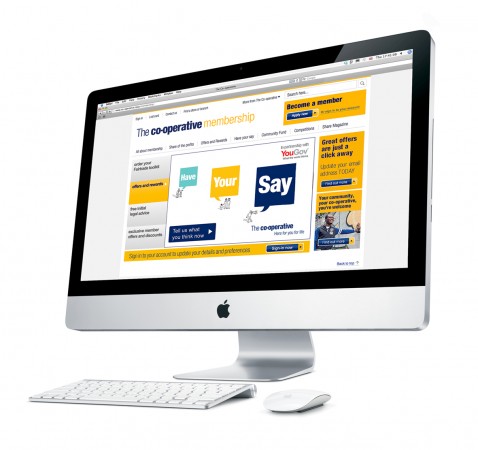 And participants are asked if they were aware of the Group’s relationship with the Co-operative Party and whether  they think it should continue funding the party.

A number of ideas that have been already discussed within the Group are also tested with survey participants. These include:

The survey, available at www.haveyoursay.coop, has been launched in conjunction with a national advertising campaign, and will be available to complete until 24 March. Results will be presented at the Group’s annual general meeting in May by YouGov chair Peter Kellner.

Sector can be born again through principles
Previous

Your reaction: Thoughts on the Co-operative Group's Have Your Say campaign
Next
Subscribe to the newsletter