It is often believed co-operatives give much more support to the communities they operate in when compared to their corporate rivals, but where is the evidence for this?...

It is often believed co-operatives give much more support to the communities they operate in when compared to their corporate rivals, but where is the evidence for this?

When examined does the sector truly have stronger links with the people they serve? And where those links exist, is the co-operative difference being witnessed in neighbourhoods?

This piece of explorative research from Co-operative News aims to answer these questions and measure the financial and in-kind support of co-operatives and mainstream competitors in villages and towns, up and down the country.

It is a starting point that looks at the publicly available data published by those organisations featured. The good news is co-operatives do give more back to the community. Retail co-operatives invest almost 60% more of their profits when compared with major retailers such as Tesco, Sainsbury’s and Asda.

One of the major findings from our researchers – Mary Patel and Ruth Rosselson – is that data is weak across the sector. Organisations report items in different ways, for example either volunteer hours or days. There is a clear lack of standardisation. But over time as co-operatives begin reporting along similar lines, there will be a stronger narrative to report to display our movement’s difference.

What this piece of research tells us is that the largest co-operatives significantly outperform their supermarket competitors. Among smaller co-operatives there are also some inspiring examples of support for communities and for other co-operative businesses. Community investment experts also outline how co-operatives are ahead of the curve in supporting our local economies.

Though this is just the first exploratory index comparing the community investment practices of major co-operatives with their mainstream competitors, it shows us that the co-operative sector has many strengths.

Overall, the 10 largest consumer co-operatives outperform the major supermarkets by 2.6 percentage points, with co-operatives overall investing 6.3% of pre-tax profits in helping communities compared to only 3.7% of the supermarkets. Given the resource cost of investing time and energy into community investment activities and reporting, it is all the more impressive. The multi-billion pound turnover enjoyed by most of the supermarkets gives them access to resources and expertise not available to all, but the very largest co-operatives.

In setting out to do this research, there was a desire to show the impact of the co-operative sector in total. But when looking at the smaller- to medium-sized co-operatives, the data is not collected – however they have remarkable community connections.

Mainstream corporate social responsibility (CSR) methodology tends to favour large organisations which have the resources to measure, collate and report on activity. This is particularly apparent in the data on the 10 ‘other’ (non-consumer) large co-operatives, who suffer on the index because of low reporting activity.

Through the course of gathering data, it was apparent from discussions with some of these co-operatives that they believe very strongly in the positive impact they have on their community. Few, however, had captured numbers on their activity and even fewer reported publicly.

Yet with access to clever technology that sits in our pockets, data collection should be a by-product of all that we do.

It is important for co-operatives to collectively show their impact. And future impact indexes will look at other ways the sector makes a difference.

Co-operatives must also ensure they are making the right decisions with their investments – whether this is a £500 grant to a local charity or a loan to a larger community project. Audits on all spending will firstly give some strong data to collate, but it will also show what has the greatest impact and who is in the greatest need.

But, numbers and money only tell part of the story. While smaller co-operatives did not have the data, it is important to still investigate how they have an impact on their local trading area.

Best practice is not just seen in the larger co-operatives. Take. for example, FC United of Manchester, a supporter-owned football club which goes way beyond developing sporting skills to meeting the needs of the community; and Saith Seren, a community pub in Wrexham which set up to meet the needs of the area’s Welsh language community. All these examples show that small businesses, rooted in and attuned to their local community, can be highly responsive to their needs.

The final area of community investment included in this index is a measure of co-operation among co-operatives, in reference to the sixth co-operative principle.

Looking just at providing direct support for new and existing co-operatives, the index tells us that reported activity is very weak, with the only structured and sustained programme among the large co-operatives being the Co-operative Group’s Enterprise Hub. Perhaps this is because co-operation among co-operatives is not a traditional CSR preserve, so standard measurement and reporting indicators do not encourage it.

However, specialist ones are available for co-operatives in the public domain, and should be used and reported on more widely.

For co-operatives wanting to get started in measuring and reporting on its community investment, the message from industry experts in this guide is to start simple, stay focused, and make sure to have buy-in from all the stakeholders across the community.

Thanks goes to Midcounties Co-operative for sponsoring this research. Midcounties is one of those larger co-operatives that has the resources to refine its measurements, but in supporting this initiative and helping to expose the challenges around reporting it is providing the opportunity for smaller organisations to think about and easily collate statistics. 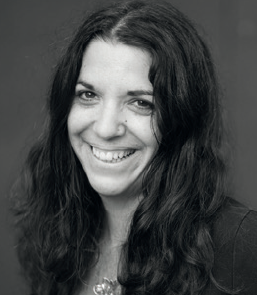 How are co-operatives investing in communities?
Previous