Foreword: Measuring the impact of co-operatives on communities

The Midcounties Co-operative is the largest independent society in the UK.

Being involved in and contributing to our local communities is a fundamental part of who we are and reflects one of the core principles that co-operatives subscribe to around the world – ‘concern for community’.  This principle is also becoming increasingly important to our trading performance as interest in the social impact of large-scale trading activity grows.

The importance of community investment by co-operatives has long been recognised. The report of the Co-operative Commission in 2001 described a virtuous circle where the attainment of social goals provides a competitive advantage, leading to commercial success which then reinforces the ability to meet the social goals.

However, the report also notes that for this to work, the “social goals must be articulated, communicated and accepted by society at large”.

This is why we have been pleased to support this exploratory report into the community impact of co-operatives, as it marks an important step in evidencing the scale of impact co-operatives can make in their communities.

Without doubt, the community investment work undertaken by the co-operative movement has made, and continues to make, a real difference. However, as the report’s authors acknowledge, they have only been able to create an index of reported activity, not a comprehensive measure of all activity.

So, I would hope that the report will be repeated and, in time, we can build a more complete picture of the inspirational and significant work that so many co-operatives, both large and small, undertake in their communities. 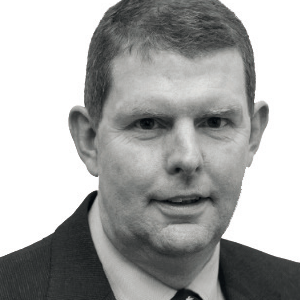