Three inspirational young women from the Co-operative Movement shared their stories on co-operation and gender.

Three inspirational young women from the Co-operative Movement shared their stories on co-operation and gender.

Saskia Neibig from the Woodcraft Folk, Marloes Nicholls, co-campaign director of Move Your Money and Britta Werner, Company Secretary at Unicorn Grocery spoke about how they help to create positive gender role models through alternative business.

Saskia spoke on the many ways the Woodcraft Folk, the youth sector of the UK Co-operative Movement, communicate gender roles to its members.

This is through projects such as the Rainbow Project, which helps to teach gender theory among young people.

There is also Mest-up dealing with issues surrounding mental health, sexuality, and as Saskia said: “sex, drugs and rock and roll”. They have particularly focused on areas such as consent and the language people use – relating to the feminist Slut Walk protests.

Other projects included ‘Putting an end to boys will be boys’.

Marloes spoke about the gender imbalance in finance and whether the alternative banking system was different in that respect. Move Your Money is a campaign to get people to move their money to more ethical banks and she explained their team was “incredibly equally mixed.”

She explained that many alternative banks faced problems as they took applicants from a pool of people employed by mainstream banks, who often did not hold senior positions. 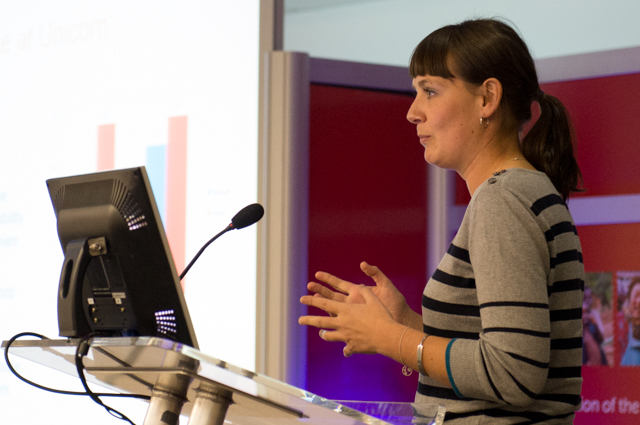 Britta from Unicorn explained that Unicorn Grocery from Manchester was almost completely equal among men and women. They are relatively unique as they have an equal split among men and women who were the main child carer in their family.

She added: “It is culturally ingrained – there’s no need for quotas, it comes very naturally.”

Monique Leroux: 'Clearly this is our time, this will be our decade'
Next
Subscribe to the newsletter