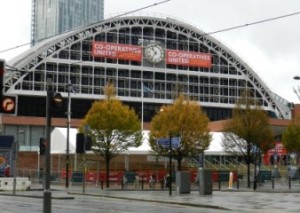 It has been three days since the end of Co-operatives United, and now that we’re back on Canadian soil, it’s an opportunity to reflect on what took place in Manchester over the past week.

It was, by every possible measure, an amazing event. Not only were the topics interesting and the speakers engaging, but there was also an atmosphere of celebration that made it more than just a conference or  series of conferences; it was truly a festival of co-operation.  There was something for everyone:  co-op leaders, co-op practitioners, co-op members, networkers, book lovers, foodies, historians, families with children, film buffs, sports fans…and yes, the broader public.  Some 10,000 people passed through the doors of the Manchester Central convention centre, and at least some of them had little or no previous connection with co-operatives. Congratulations to the organizers for reaching out to the people of Manchester and making this an event that all could enjoy. 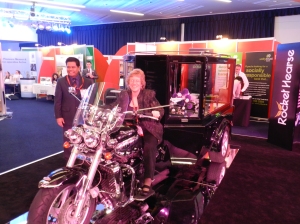 There was a lot to be learned from Co-operatives United, and not just from the speakers and the sessions.  Here are some of the most important lessons this remarkable experience taught me:

I’ll sign off now with a big thank you to everyone involved in organizing Co-operatives United. It was an inspiring, engaging and unforgettable experience. Congratulations on a job well done.