It was a great pleasure to welcome Iain Macdonald, Director-General of the International Co-operative Alliance to Oxfordshire last week.

By Peter Couchman
It was a great pleasure to welcome Iain Macdonald, Director-General of the International Co-operative Alliance to Oxfordshire last week. 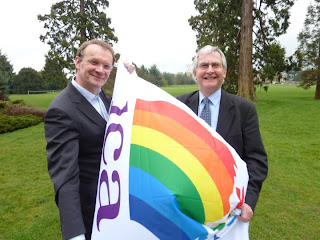 It was a great pleasure to welcome Iain Macdonald, Director-General of the International Co-operative Alliance to Oxfordshire last week. Iain’s co-operative path has been criss-crossing with mine for more decades than we both care to remember.

One of the passions we share is the frustration that so many of our British colleagues seem to believe that the founding of the Rochdale Pioneers in 1844 in Britain means that the British have no need to learn co-operation from other countries. Nothing could be further from the truth and Plunkett has been making that point for 91 years. The reality is that no one country has got it right. We can all learn from each other. In my recent talk in Sheffield I cited Quebec, California, Spain and Jamaica as four places that Sheffield could learn from (I also think that many places could learn from Sheffield).
Perhaps we should start a campaign to introduce a new co-operative value, humility, so that this movement, so rich in ideas around the world, can learn at long last to learn from each other.

co-operative, what's in a name?
Next
Subscribe to the newsletter