By Anca Voinea
Participants were asked to imagine different scenarios

A theatre workshop organised by the Co-operative College showed how drama and acting lessons can be used to help bring communities together.

The workshop, held in Manchester this week, explored ways to engage with young people as well as marginalised and underrepresented groups.

It was led by Brazilian theatre practitioner and researcher Dr Kelly Cristina Fernandes – stage name Kelly di Bertolli – who is in the UK for a short networking trip.

Participants – including staff from the College’s projects team and some local partners – used improvisational theatre to interact with each other, explore different scenarios and express how their feeling about issues affecting their communities.

A key element of the approach is building trust among participants, which can be a challenge if they come from different backgrounds.

Kelly said facilitators should take all participants into account and involve everyone even when conflicts between them might emerge.

“The key to avoid or tackle conflict is to take it step by step, rather than wait until it emerges,” she added.

Over the past couple of years, Dr Fernandes has been part of Collectivo Garoa, a theatre working with disadvantaged communities, including young people in Sao Paolo.

The process uses catharsis – the liberation and purification of emtotion through art, she said. “It’s important to hear what the group wants and think of consequences … Different feelings come together to create a new one.” 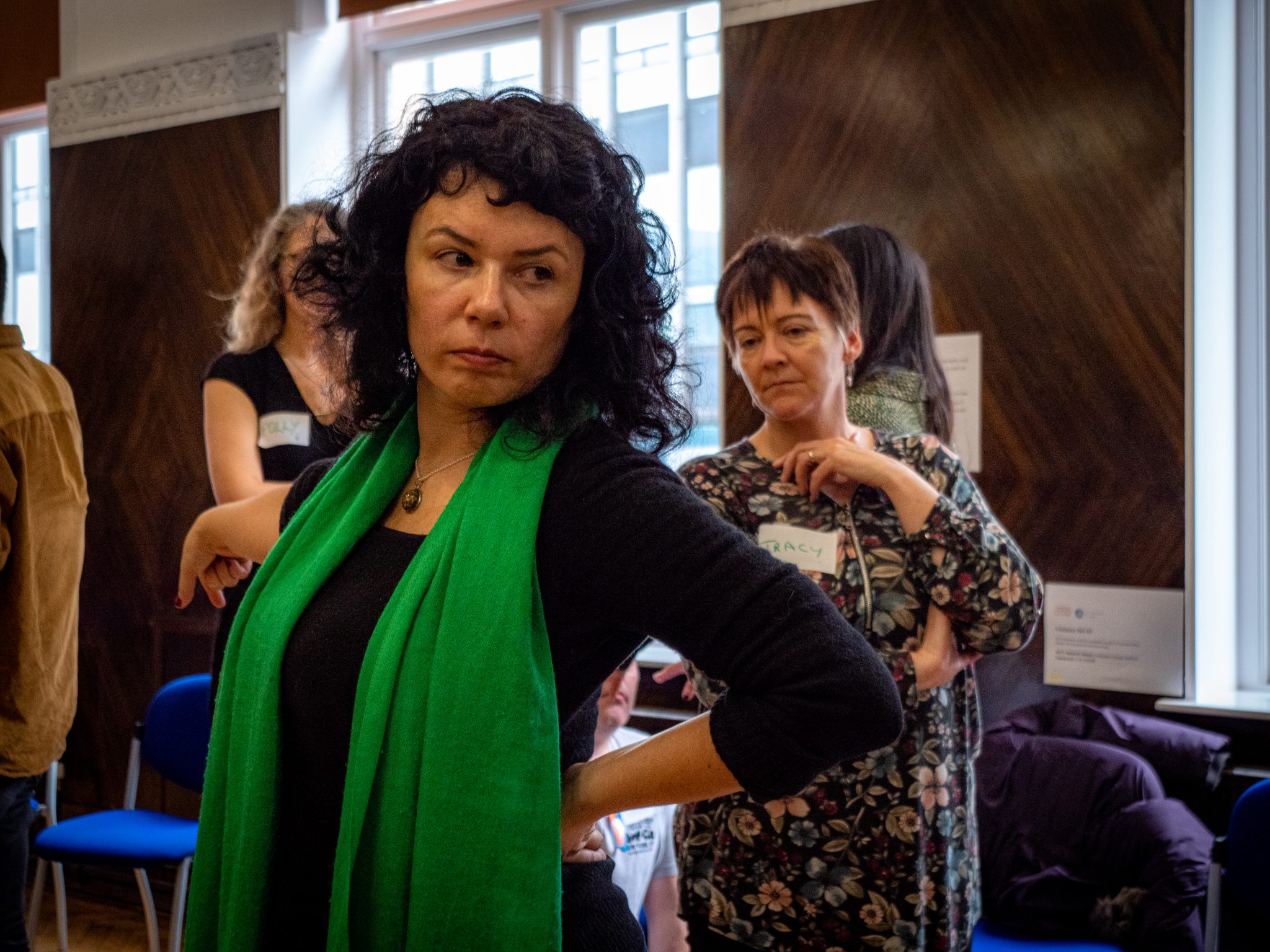 During the second part of the workshop, participants reflected on the morning session, choosing images to match their feelings about the workshop activities.

Among those taking part was Kate Woodward from the Co-operative Heritage Trust, who said: “I thought it was really useful for helping us as facilitators to learn how to communicate with our audiences in a different way, especially when we work with youth and community groups. It is a really useful tool.”

The method could also be valuable at co-operative youth organisation Woodcraft Folk, thinks its chair Pip Sayers, another participant.

“It’s a really interesting way of engaging issues and exploring how people feel,” he said, “empathising with individuals through looking a the scene and think – how would they feel?

“What would make the scene realistic and how does it address a particular issue? I like the idea of it being a more elongated project where you get down to how to solve issues through exploring what the issues are and how to fully understand them.”

Dr Polly Wilding, academic programme manager at the College, added: “It was amazing to have Kelly in to demonstrate how she works and engages with groups to discuss difficult issues in non-threatening ways. I also enjoyed the opportunity to work with my colleagues, whom I see everyday but in a completely different way. We often think we are not ‘creative’ but if the right spaces are created, we can all feel confident to contribute.”