A group of trans Latina cosmetologists are forming a beauty co-op in Queens, New York City, to provide a safe working environment for themselves and others facing discrimination due to their gender identity.

The project started in 2014 when Lesly Herrera Castillo and other transgender cosmetologists decided they wanted to set up their own business after years being bullied at work.

“I have been discriminated and harassed at work because of my gender identity. I am one of many other transgender, immigrant women of colour who need a solution,” said Lesly, who left her native Mexico in 1999. She started setting up the co-op when she was diagnosed with cancer and could not get time off work for her treatment.

Securing funds to get the project off the ground was a huge hurdle and some of the original team abandoned the project, but Lesly was determined to continue, and found new allies in Jocelyn Mendoza and Jonahi Rosa.

They chose the co-op model thinking it would best suit their needs. Having worked in the industry for many years, they had all experienced discrimination from former employers and colleagues. This meant bullying on a daily basis, sometimes coupled with physical aggression, which affected their mental health and made it impossible to stay in their jobs.

“Mirror Beauty Co-op is a worker co-op which aims to create a safe space to provide opportunities for the transgender community to be worker owners of their own business,” say the three women.

“We provide affordable, high-quality beauty services for all communities across the city of New York. As an enterprise set up by women from the transgender community, Mirror aims to reflect a vision of a world that is more equitable and inclusive, in which all people have the freedom to fully express all that which makes them beautiful inside and out.

“We want a safe place to work happily and be able to help our families out, make our contribution to society and be economically sustainable.”

Setting up a co-operative was not without challenges, and none of the trio had any previous involvement with the co-op sector.

“We had to learn about new technologies, marketing, PR, how to develop a business plan to secure loans and the rules we needed to follow to ensure all members worked in harmony. We launched a GoFundMe campaign to raise funding and attract other transgender women who may want to join us,” they say. 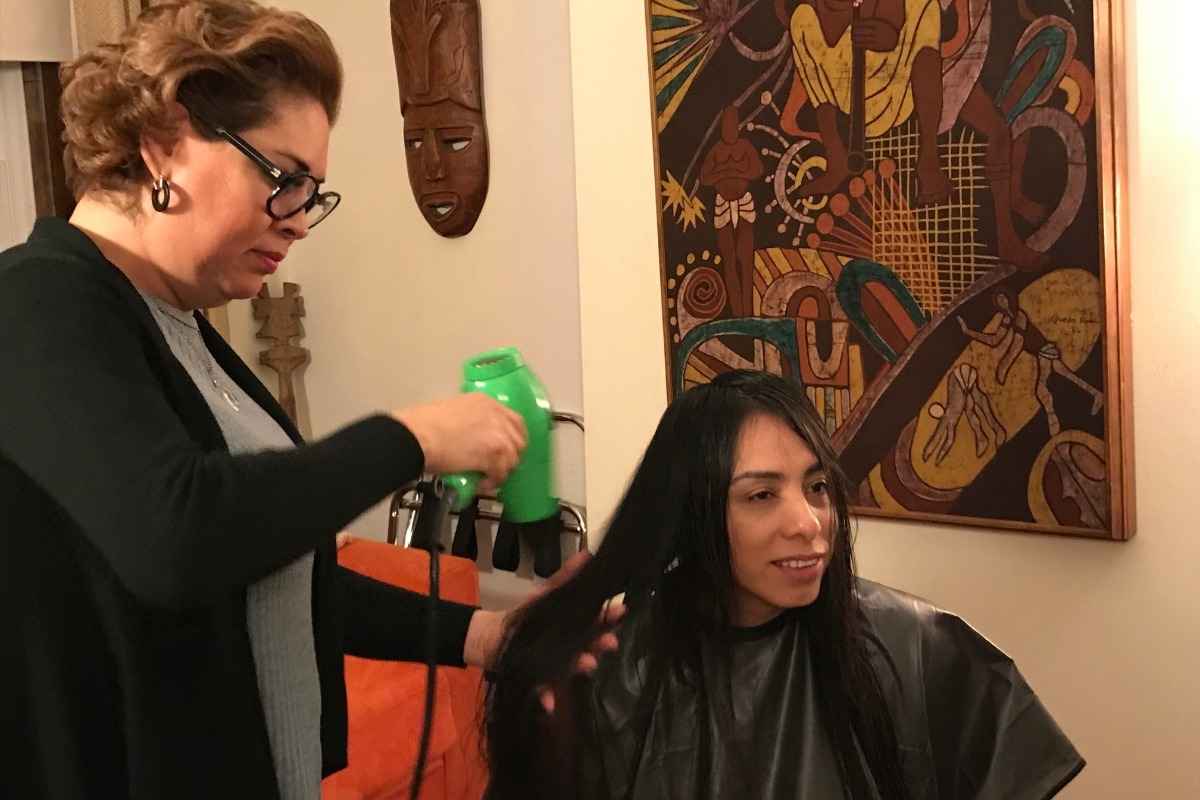 For now, the three members are working collectively in homes or at events. They are seeking a loan to set up their own salon, and are taking on two new members through the recruitment process. They hope to grow the venture to a maximum of 10 members.

If they raise the US$150,000 needed, they plan to secure a physical location – ideally, an existing hair salon – for rent in Jackson Heights, a busy neighbourhood of Queens known for its ethnic diversity and large LGBTQ community. The funding would also be used for renovations, the purchase of quality beauty equipment and supplies, and ensuring the site meets their needs. The co-op also plans to develop a website and create a mobile app to help grow the business.

Ana Martina, membership director at the US Federation of Worker Co-operatives, says immigrants face a lot of challenges when trying to start a business. For immigrant transgender communities the challenges are even greater.

Last year, the federation organised a training day for co-ops set up by immigrant communities, exploring some of the best practices around
co-operative entrepreneurship, with the founders of Mirror in attendance.

In 2015 the Worker Cooperative Business Development Initiative was launched, a local council programme which provides funding to
co-operative incubators to help New Yorkers set up co-ops.

As a result, over the last couple of years the city has witnessed an increase in the number of new worker co-ops, particularly in sectors like domestic work or childcare. However, some clients are reluctant to hire transgender persons for these roles.

According to the 2016 US National Transgender Discrimination Survey, 26% of trans people lost a job due to bias, 50% were harassed in their jobs, and 20% were evicted or denied housing.

Obtaining licences and work permits can also be difficult. Many transgender women lack formal training and education, having dropped out of school early on because of bullying. 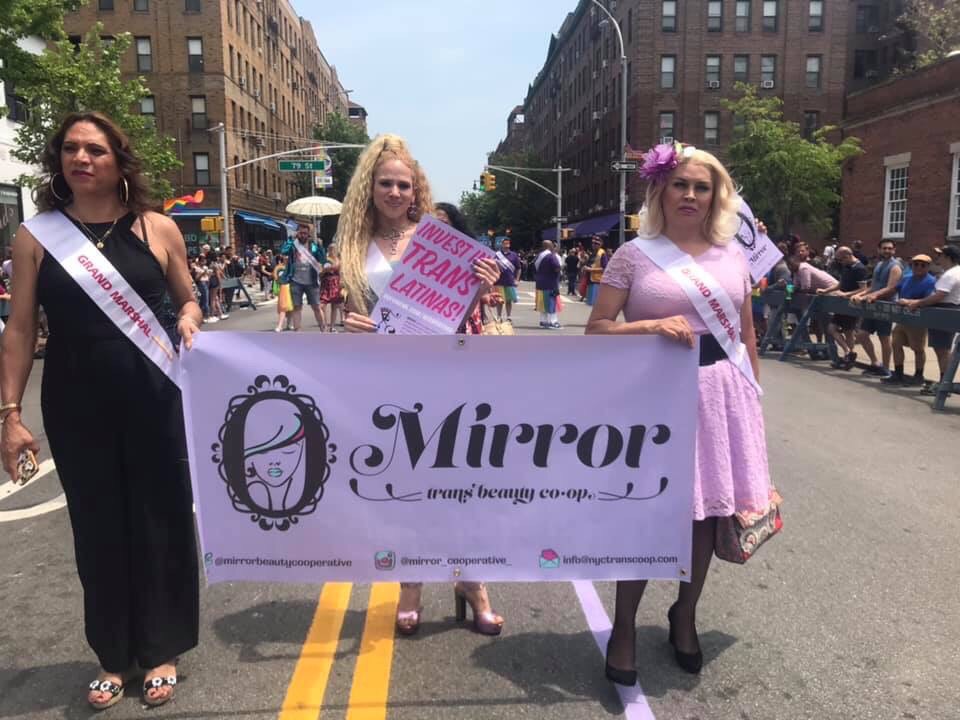 By setting up a co-op as a limited liability company, immigrants get to be owners of their own business, which means they do not need work permits.

Current legislation prevents denying someone employment based on their sex, which has been interpreted by the US Equal Employment Opportunity Commission as including gender identity and sexual orientation.

“We are realistic, we know that when these laws are made, sometimes rights they simply exist on paper and are not being respected,” say the Mirror team. “Fortunately, we live in the state of New York, a sanctuary city that respects the rights of every person, whether undocumented or legal citizen.

“There are many organisations that work to help those who need it, if a woman will need to be defended for any injustice, she will surely receive free legal help from these organisations … that’s what they are for.”

The three women add they cannot do it alone and are asking the wider co-operative movement to support the initiative and help them open New York’s first trans beauty co-op.

Interview: Erskine Holmes, a born co-operator
Next
Subscribe to the newsletter