KDC’s Stephen R. McDow II on the challenges of rural and urban development – and how to increase diversity

Co-operative development in the USA has a unique set a challenges, largely underpinned by the sheer scale of geographies, politics and histories. On the east coast, the Keystone Development Center (KDC) has been taking on these challenges for 20 years, working across Pennsylvania, Maryland, New Jersey and Delaware to sustain communities, economies, and resources through cooperatively-owned businesses. KDC provides technical and research assistance to groups wanting to organise as co-operatives, giving priority to new and emerging groups in areas that are under-served and financially challenged.

Heading up KDC’s membership, outreach and education activity is Stephen R. McDow II, who has dedicated his life to bringing together rural and urban America for the purposes of achieving an inclusive economy. Previously, Stephen managed membership and stakeholder relations for the National Cooperative Business Association (NCBA-CLUSA) and handled membership outreach and retention for the Montgomery County Medical Society (MCMS) and MedChi, the Maryland State Medical Society.

His introduction to co-operatives is a familiar one: through a local food store. “There was a grocery co-op in my mother’s old neighbourhood that she joined when I was a kid,” he says, “but I never really paid attention to the fact that it was a food co-op.”

Around the time President Obama was developing the Affordable Care Act (Obamacare), Stephen was learning about issues of access – to broadband, to education and to quality healthcare – which affect both rural and urban America. “You’ve heard of food deserts, but there are healthcare deserts too. In Washington, DC alone you have to drive 45 minutes from some neighbourhoods to get to emergency care. All these issues started really bothering me,” he says. 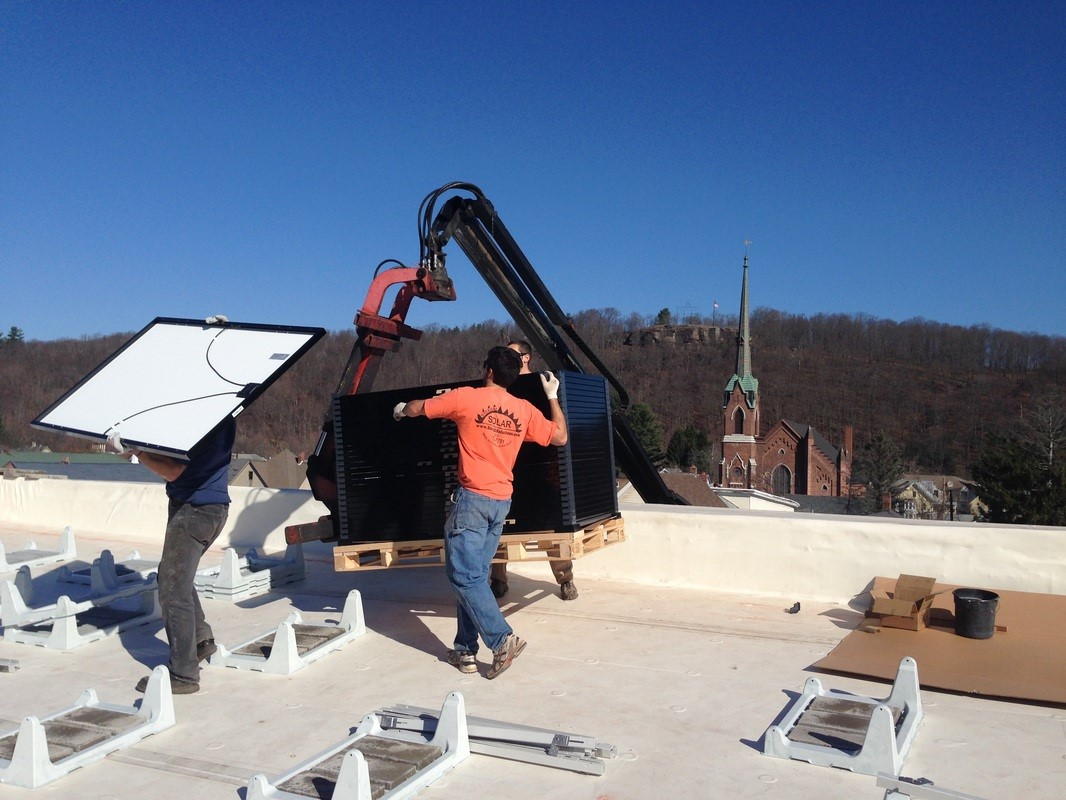 The inclusive nature of co-operatives is one of the things he finds most exciting about the model. “No matter if you have a high school education, college education, or an advanced college degree, there are opportunities within the co-operative community for you,” he says. “You can be a returning citizen or have been through the justice system in the most hardened way – co-operatives allow people who are marginalised to really have an opportunity for a quality of life.”

KDC has worked with over 100 clients in its two decades, developing co-operatives in sectors including elder care, food, agricultural marketing, buying/supply, broadband, housing, nursery/preschool and renewable energy. While the sectors may be similar, the needs of communities can be as unique as the people involved.

“I think oftentimes, we are so siloed in our communities that we don’t see the similarities – but the equaliser is co-ops, because they can address these challenges. And the approach is the same: encouraging everyone to care for the community and participate in a democratic process.”

KDC recently received funding from the Pennsylvania Department of Agriculture to develop a database of co-operatives in the state. They identified 707 active co-ops, but Stephen expects that number to grow exponentially across the whole mid-Atlantic region.

How does he see that happening? “I see a lot of businesses converting to co-ops. I see home health care for individuals who are working but who may be indigent or seniors. I see new businesses coming alive, especially for those who are minority, or who might not be a US citizen. I see communities of colour really coalescing around co-operatives. I’m also seeing diverse working – urban and rural or maybe even just black and white, which is a huge issue in the States. I’m seeing them work together in a far more co-operative fashion over the next 10 years.”

Race and ethic diversity in co-operatives is as big an issue in the US as it is in the UK. One of the first KDC events Stephen attended was an agricultural event at Rutgers University, New Jersey. “I looked around the room and the executive director turned to me and said: ‘Where are the people of colour? Where the Asians?’ It was all just white faces.”

Stephen believes any approach to diversity must be deliberate. “But here’s the challenge: you need a validator who relates to the individuals you’re trying to connect with. I didn’t make the rules, it’s just the way it is. We see it play out in our ecosystem when trying to coalition-build with different organisations in Philadelphia and Washington, DC, for example. The great unifier is the fact that I’m there on the team. And sometimes that’s what’s needed to open up conversations.”

He acknowledges that when it comes to co-operative development, deliberate approaches to diversity can be a double-edged sword. “Sometimes what happens, often in communities of colour, is the feeling that these liberal white individuals are ‘coming in and telling us what we already know’. But no matter what you do, the conversation of diversity has to be deliberate.

“In the UK, for example, if you want to start conversations with some of the south Asian communities, why don’t you contact IFFCO in India and try to get them to come and speak? The other way to gain validation with communities or colour is through religious institutions. The church, for example, was so instrumental in the civil rights movement in the 60s – it was one of the only places people could go.”

He acknowledges that in the UK “co ops tend to be very secular and agnostic in terms of their religious beliefs”, but believes there is a “need to tap into and build relationships with religious validators, whether it’s the moms in the mosques, the Buddhist or Hindu temples, or Jamaican or Afro Caribbean or African descent churches. There are people out who can bridge communities. It’s important to find those individuals.”

Another way to address the diversity issue is an international exchange program, “to bring about not only cultural and gender diversity, but also national diversity”. He adds: “There is no reason that you should look around a room and see faces that are all the same. The majority of the UK is still white European, but it is hugely diverse, and the co-operative community should reflect that.” 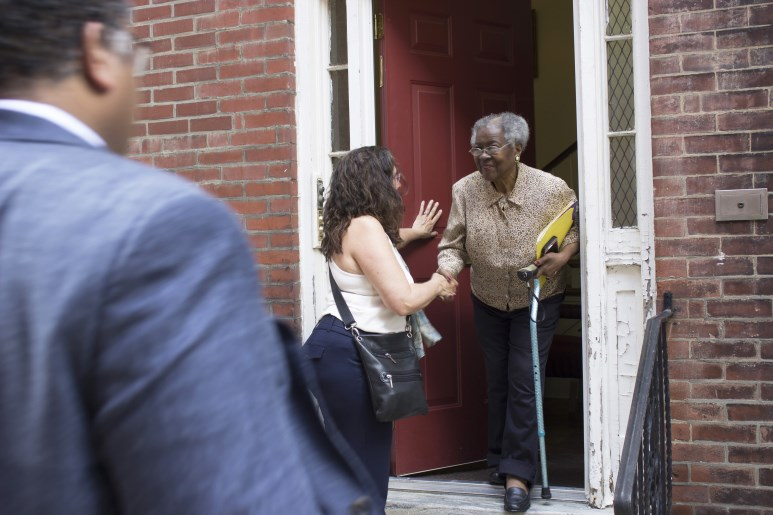 Another issue when it comes to developing a fledgeling co-op is the suspicion that these new businesses won’t be launched, but will just be kept in incubation.

“The question is, is that necessarily the case? Or, is it the case that there are businesses that need tweaking, or individuals who need training in the business concepts of return on investment, modelling, marketing, branding, pitching, co-operative values and principles? I think people get frustrated because they want things to happen, but there are certain foundational principles that you have to learn, because co-ops are still businesses, and they have to be viable in order to grow.”

The states KDC operates in – Pennsylvania, Maryland, New Jersey and Delaware – cover 69,674 square miles (10,000 sq m more than England and Wales combined), and KDC itself has just five employees. It addresses these challenges of scale by having reasonable expectations, meeting people where they are, and using technology when acceptable. Stephen says: “We do a lot of webinars, videocasts and podcasts in order to reach more people, but sometimes the rates of return on using that technology is very low, particularly in rural areas where broadband access is through DSL. So regional events with regional sponsors are important too.”

Stephen attended and presented at Co-operatives UK’s Co-operative Retail Conference in March 2019, and spent time visiting co-operative organisations around the country. “You guys do co-operatives ‘right’,” he says. “Co-operatives are so integrated in society here. Is it perfect? No. Have there been setbacks? Absolutely. But here co-op food shops are just normal grocery stores. Back in the states they are still a ‘thing’.

“One thing that I’m taking away from this trip is an idea of what co-ops can and should be: not only a group of people who stand up for what’s right, but also a part of your everyday life. It should be as simple and as natural as walking, breathing, and blinking, living the life of a co-operator. And if we get to that point in the States, you know, we’ve gotten somewhere.”

Rwanda: Doing development the co-op way – from the grassroots up
Previous

John Lewis and Partners maintenance staff 'worse off' following transfer to CBRE, says GMB
Next
Subscribe to the newsletter