Who rules Britain – and how did they get there?

Academic Mike Wayne calls for 'dominant forms of productive property are held, through a diversity of forms, in common”

After Brexit opened up the faultlines in Britain’s political and cultural landscape – already under pressure since the Iraq war and 2008 financial crash ended the Blair project – and forced its parliamentary system into stalemate, there has been much soul-searching about the national character.

The latest example is this dense historical survey from Mike Wayne, professor of film and media studies at Brunel University, London. Wayne draws on Marxist cultural thinkers Antonio Gramsci and Stuart Hall to examine the political establishment that has dominated Britain since the rise of Margaret Thatcher, and the tensions within it.

He lays the blame at the door of the economic liberalism which has dominated the UK since 1979, arguing it has made national hegemony less tenable, with the shift of capitalism from production to speculation, and the concentration of power among middle class conservatives in the south-east. 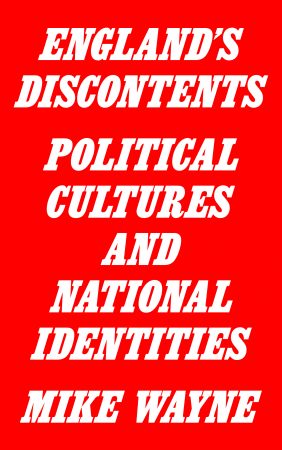 Meanwhile the national political culture has been shaped by competing forces, he argues. There have been shifting relationships, over 200 years, between three historic blocs – the landed aristocracy in alliance with the mercantile gentry; the urban bourgeoisie; and the industrial working class. And there have been rival ideologies – conservatism, economic liberalism, social liberalism, social democracy, and socialism.

“No one political culture has ever dominated the political terrain on its own [or] been able to unequivocally speak to and mobilise behind it enough of the population, or even the dominant social classes, to secure its rule through a combination of consent and coercion,” says Wayne. This has led to a series of efforts to build coalitions and electoral blocs.

It has also led to instability, says Wayne, who identifies a paradox in modern British conservatism – “a political culture dedicated to the reproduction of the most revolutionary and un-conservative mode of production in the history of human civilisation”.

He says there are four key strands to conservatism – economic liberalism; ethical-religious; nationalist and an investment in the ’deep history’ of institutions and customs. The first of these contradicts the other three with its prioritisation of profit, its globalism and its revolutionary effect on institutions, argues Wayne.

The result of these contradictions is “the stagnation of the socially liberal neo-liberal project”, which produced the twin earthquakes in 21st century UK politics: the resurgence of Scottish nationalism and the Brexit vote.

Related: Oliver Bullough’s Moneyland looks at the rise of the kleptocrat

If the predominant economic liberalism is at the root of the UK’s current problems – 40 years in the making – what is Wayne’s remedy? He finds the recent revival of the left “quite shallow in the UK” and so argues for moves to “forge a new historic bloc around social democracy” – and warns that “this must be a social democracy that has learned some of the lessons of recent history to guard against future iterations of economic liberalism”.

This would be a “radical model … a move from a historic bloc based on the social State to a historic bloc where the dominant forms of productive property are held, through a diversity of forms, in common”.

This, of course, is something that many in the UK co-op sector are attempting, in small or big ways – and Wayne has a warning for them.

“Although it may be said that the dominant social order only requires consent patchily in order for it to reproduce itself, a genuine transformation away from capitalism will need to mobilise popular participation against the continuing control over powerful economic, political and State apparatuses that will be leveraged by dominant classes against any democratic change.”

National Co-operative Development Strategy: Where are we, two years on?
Next
Subscribe to the newsletter