Heart of England Co-operative has returned to its Coventry roots after almost 90 years.

The society’s head office, which houses its management, admin, pensions, IT and personnel offices, relocated from its former home in Abbey Street, Nuneaton, where it had been based since 1929, to Whittle House, in Courtaulds Way, Foleshill. This is just a stone’s throw from Lockhurst Lane, where the Lockhurst Lane Industrial Co-operative Society was established by nine ribbon weavers more than 185 years ago.

Their aim was to provide honest, hard-working Coventry families with decent food, clothes and other goods at affordable prices – and being founded in 1832 (12 years before the Rochdale Pioneers set up their shop on Toad Lane), was one of the very first co-operative societies in the UK.

Heart of England, which recently reported a 7.2% increase in like-for-like food sales, says the move marks the opening of a new chapter. It has recruited 24 new members of staff, including senior management, who each received extensive training before starting their employment.

Chief executive Ali Kurji said: “We were sad to leave a site that was our home for almost a century, but after an extensive search over many months we found Whittle House met our administrative and operational needs.

“Not only is this a new location, but it marks the start of an exciting new chapter for our society. Despite an increasingly tough market with unprecedented competition, our food and funeral businesses are both achieving strong sales and our society remains in a very good financial position.”

He added: “It is the vision and the ethos of our founders which not only helped lay the foundations of our society as we know it today, but which have also helped the business to enjoy continued growth ever since – from one shop in Coventry in 1832, to 32 food stores and 13 funeral homes across Coventry, Warwickshire, south Leicestershire and Northamptonshire in 2019.”

A group of nine ribbon weavers form the Lockhurst Lane Co-operative Society in Foleshill, Coventry – the first in what went on to become a massive national network of co-operative societies, to provide working families with honest decent food, clothes and other goods at affordable prices

Further expansion in Warwickshire, with a new branch in Rugby

Extension of south Warwickshire presence with a new store in Southam

Another store opens in Leicestershire, in Earl Shilton

Further expansion in Leicestershire with the opening of Stoney Stanton 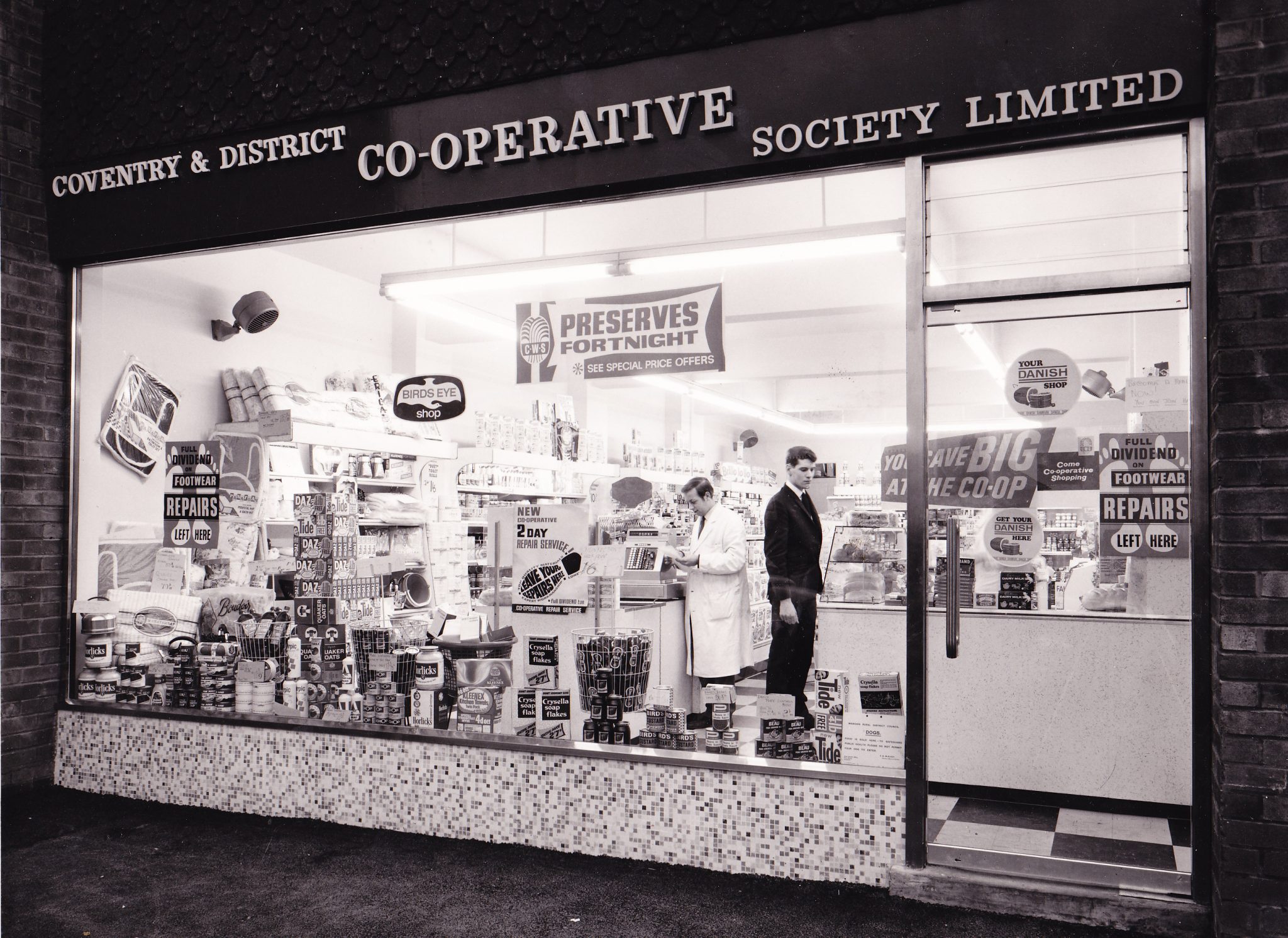 The Co-operative in Meriden, near Coventry

The local stores in Coventry, Warwickshire and south Leicestershire are united under the banner of the Coventry and East Mercia Co-operative Society

The society becomes the first retailer in the UK to withdraw knives from its shelves in response to the alarming growth of young knife crime across the UK. It also extends its proof of identity scheme to include under-25s attempting to buy cigarettes or alcohol from its stores

The society opens its first dedicated Asian funeral home on the site of its former Lateshop food store in Foleshill Road, Coventry, in a £1.3m investment.

The society announces plans to re-brand all of its food stores, in line with the new Co-operative branding

The society unveils a new, £816,000, purpose-built food store in Ryton-on-Dunsmore.

The food division further expands its network of stores, with a development on the site of the Grange, a former pub which had served the Wyken community of Coventry for some 80 years.

Guests join the funeral division in marking the opening of a new flagship, £1.5m facility on the Parade, in the heart of Royal Leamington Spa

The society marks the start of an exciting new chapter in the Long Lawford area near Rugby as it unveils a new £1.3m store on the site of its former facility which had stood in the village for several decades

Eighteen years after its launch, the amount of money raised by the Helping Hearts Awards Scheme for charities and worthy causes within the society’s trading area tops £1m