Big Brother’s here … so how do we control him?

'The more morally and politically unaccountable capitalism and capitalists are, the more monitored and accountable the mass majority of its subjects must become'

By Miles Hadfield
Who's watching who? Social media has made our lives more visible than ever

Monitored: Business and surveillance in a time of big data by Peter Bloom (Pluto Press, 2019, £15)

The rise of digital and the dominance of big data has been recognised as a challenge for the co-op movement for some time now. It has prompted the growth of the platform co-op movement and debate in sectors ranging from health to agriculture over the ownership of lucrative data – described at the recent Ways Forward conference as “the new oil”.

The implications of this revolution, which brings the threat of “totalitarianism 4.0” are set out chillingly by Peter Bloom, head of the People and Organisations Department at the Open University.

“This new attempt at total control will come in the form of wearable technology, depersonalised algorithms and digitalised audit trails,” he writes – with all movements, actions and preferences recorded and analysed. And not only that, we monitor each other, through social media. “Who hasn’t looked up an old friend or partner on Facebook?” he asks.

But he also argues that those in power are subject to less monitoring and scrutiny. “The more morally and politically unaccountable capitalism and capitalists are, the more monitored and accountable the mass majority of its subjects must become.”

Taken to its logical conclusion, this has already eroded workers’ rights: Bloom discusses the case of workers in Amazon warehouses, passing through rigorous security before having their work electronically timed and tracked. 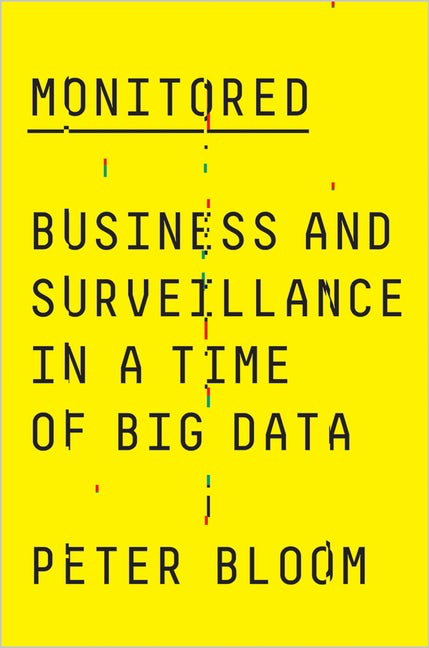 Much of this has been well discussed elsewhere, of course, but Bloom offers a useful summary. And it’s not all doom and gloom: he looks at our use of the internet for self-surveillance, constructing new identities for ourselves, and the potent radicalising effect this can have, for instance with the Black Lives Matter movement. Even so, these are the exception, not the rule – and “in the cacophony of publicly available information now saturating our cultural landscape, we can easily become deaf to injustice and the root causes of our collective suffering”.

So what is the solution? Bloom argues for the “democratisation of big data”, deploying it for “specific political, ecological and humanitarian purposes”; this needs the socialisation of digital.

He warns that these efforts may not get past the stage of “virtual insurgencies” to come to fruition in real life. Hopefully he is being over pessimistic – and perhaps the values of co-operation, which have already seen worker-owned rivals to Uber and AirBnb, the rise of data co-ops and even a thwarted attempt to turn Twitter into a co-op – will point a way forward.

Across the borders: The shifting sands of solidarity and the left in the Americas
Next
Subscribe to the newsletter