The statue of Robert Owen, “father of co-operation”, has been returned to its spot outside the the Co-operative Bank’s head office on Balloon Street, Manchester.

Originally installed in 1994, the figure had been stored for safekeeping while the office was refurbished and during construction work on new tramlines past the site.

A ceremony was held to mark its return, attended by Bank staff and their chief executive Andrew Bester, Ed Mayo, secretary general of Co-operatives UK, and Gillian Lonergan from the National Co-operative Archive.

Owen, an icon of the North West’s co-operative heritage and a key figure in 19th century radical politics, spent 13 years working in the emerging Manchester textile industry as a young man.

The conditions in the factories shaped much of his thinking, which saw him cut the working hours of his cotton mill workers from 17 hours a day to 10, banning the employment of children, providing free schooling and setting up the world’s first workplace crèche. Every worker contributed to a friendly society which operated as a sick fund, to cover time off, and Owen started a savings bank. 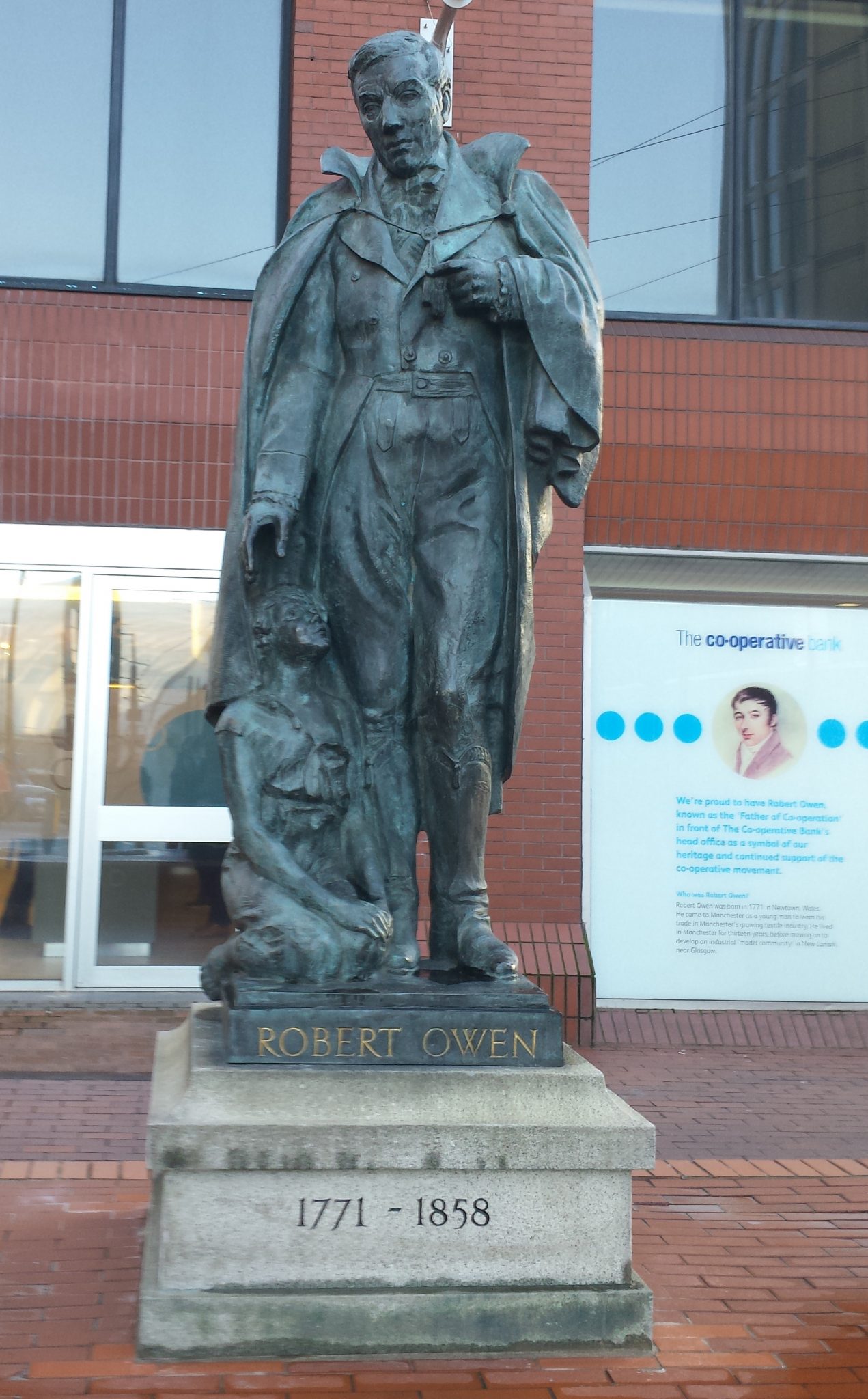 The Co-op Bank is now wholly owned by a consortium of hedge funds after its 2013 financial crisis forced the Co-op Group to sell. But it was allowed to keep its co-op name after it pledged to support the co-op movement and maintain its ethical policy.

Mr Bester said: “Robert Owen is symbolic of our ongoing commitment to co-operative values and ethics. We’re pleased to see his statue taking pride of place once again in central Manchester.

“We wanted to make sure that passers-by can read more about him and why he was such an important figure in the formation of the co-operative movement, so we’ve included information about him in a window display as a backdrop to his statue.”

Mr Mayo added: “Robert Owen is seen by many as the father of co-operation and I am delighted to welcome his return to the Co-operative Bank head office here in Manchester – a place which shaped a great deal of his thinking in the early 19th century.

“In Owen’s own words, ‘in this new world, all will know that far more happiness can be obtained by union, than by disunion’. I think this is as relevant today as it ever was.”