This book looks at the co-operative movement in California, from its early days to the present.

It also explores the existing political context that led to the emergence of consumer co-ops in California, such as the work of writer and politician Upton Sinclair. 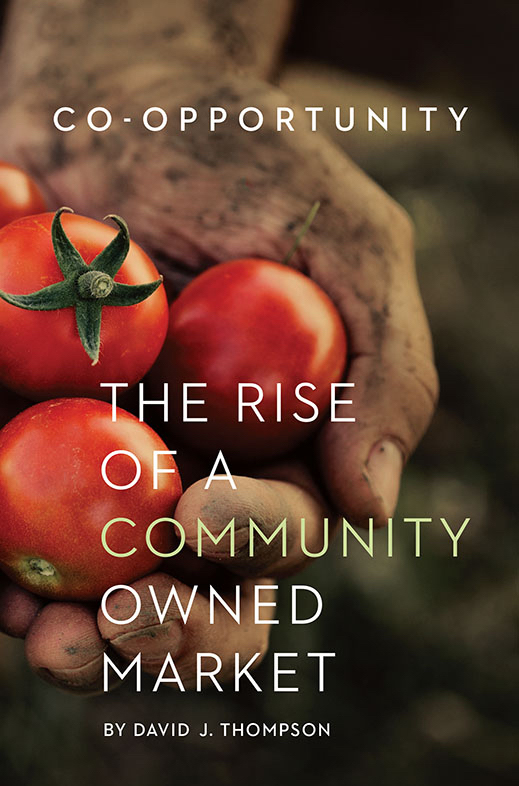 Officially set up in 1974, the Co+opportunity co-operative dates to 1935, when a group of Christian leaders and social activists set up Santa Monica Co-op in order to lessen the burden of the depression.

Author David Thompson was born in Blackpool, UK, in a family of co-operators. He was exposed to co-operative ideas from an early age before moving to the USA.

At 27 he was elected to the board of Santa Monica Co-op in 1969, being the youngest to join the board. Currently, he is president of the Twin Pines Foundation, the largest national supplier of equity capital for food co-op development, and is an occasional contributor to Co-op News.

While the Santa Monica Co-op closed down in the 1970s, the co-op paved the way for Co+opportunity, with its members and activists playing a key role in creating the new food co-op.

The store opened as Co-opportunity in 1974. It quickly grew from 20 members in August 1974 to 400 members by September 1975. It now has over 11,000 members, being one of the most successful consumer co-operatives in the USA.

Co-op Group enhances probate provision
Next
Subscribe to the newsletter