The Co-op Group is not working effectively enough to explain the virtues of its business model, its chief executive told delegates at the Co-operative Retail Conference.

In his speech at the industry event, held in Kenilworth, Warwickshire, Steve Murrells said he wanted to close the gaps in the society’s “virtuous circle” as it continues its reinvention in the wake of its near-collapse following the crisis at the Co-op Bank. Having sold its remaining stake in the Bank last year, the Group is now focusing on growing its core businesses while exploring new markets.

Mr Murrells said the virtuous circle idea was an old but relevant one, and he wants to fill in the gaps in the circle to keep it turning. The Group is making profit again and rewarding members and their communities, he added, but its specific business model is yet to be understood by members and customers.

“We are not cutting through as much as we want and not proving why the co-op model of doing business is better,” he said, adding that the Group needed to be “properly joined up” and work together more effectively. 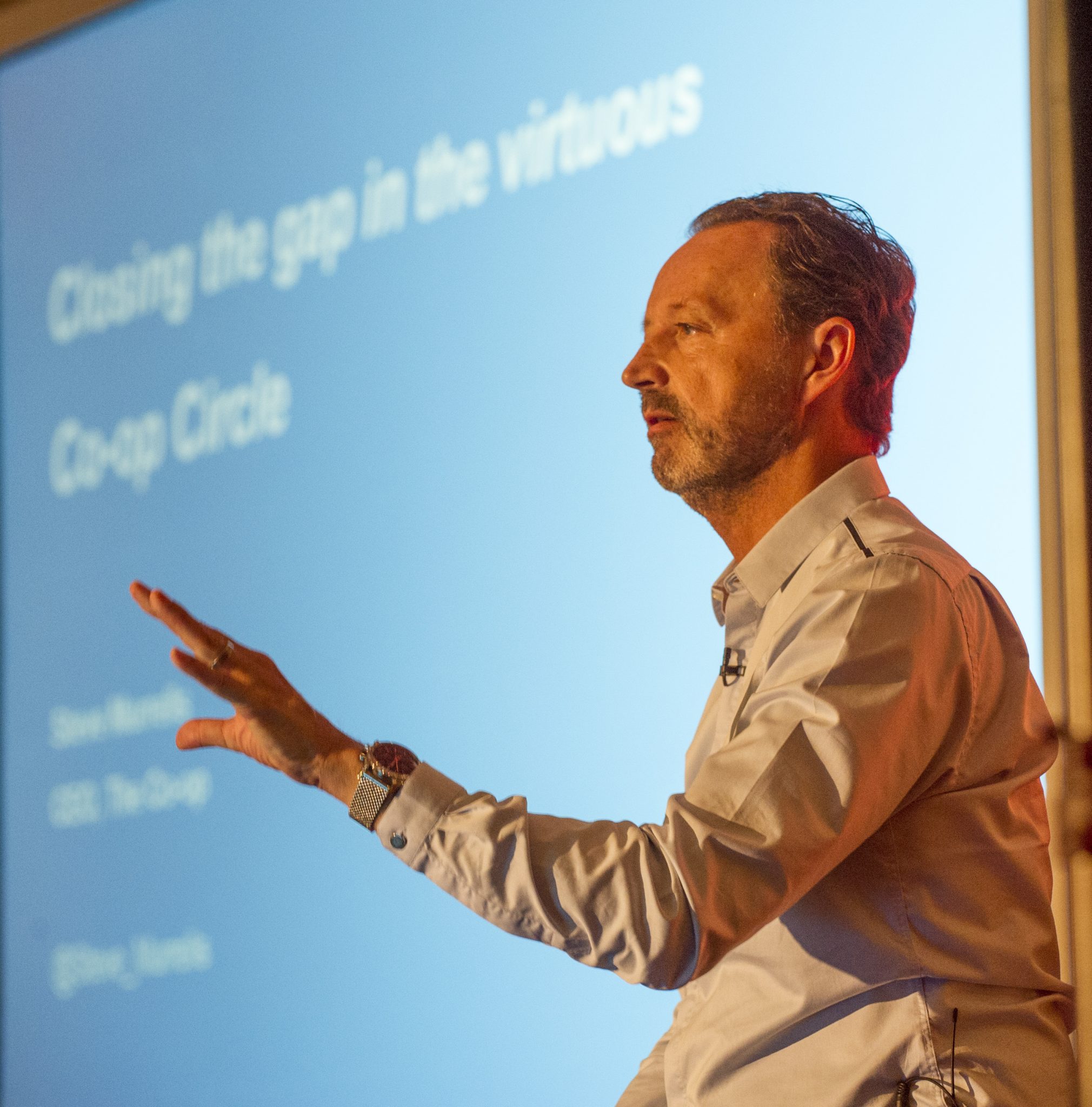 Mr Murrells pointed to the structure of independent societies, with their strong regional identities, which gave them a great strength. And he said those societies might be able to use a new centralised service centre the Group was developing, if it suited their needs.

“When I talk about ‘One Co-op’, I am referring to how the Co-op Group operates its one business by ensuring its trading businesses work together more effectively and have the support from the centre, collectively as one,” he said.

“In Manchester we are changing the lines of responsibility in areas like marketing to make sure we speak with one voice. We are creating a new co-op group service centre that brings together all our internal support functions, which will end a lot of duplications of effort – and could become a resource that we offer to independent societies if it helps drive your efforts in the same way we think it will drive ours.”

Mr Murrells argued that the One Co-op approach would help address issues such as central costs, investing more in the frontline offer for members’ benefit and colleagues’ pay.

“We need to understand commercial realities we’re in,” he said. “Even the most dedicated co-op supporter won’t continue to shop with us just to do us a favour. The food in our stores has to be enticing and we have been getting better at it. 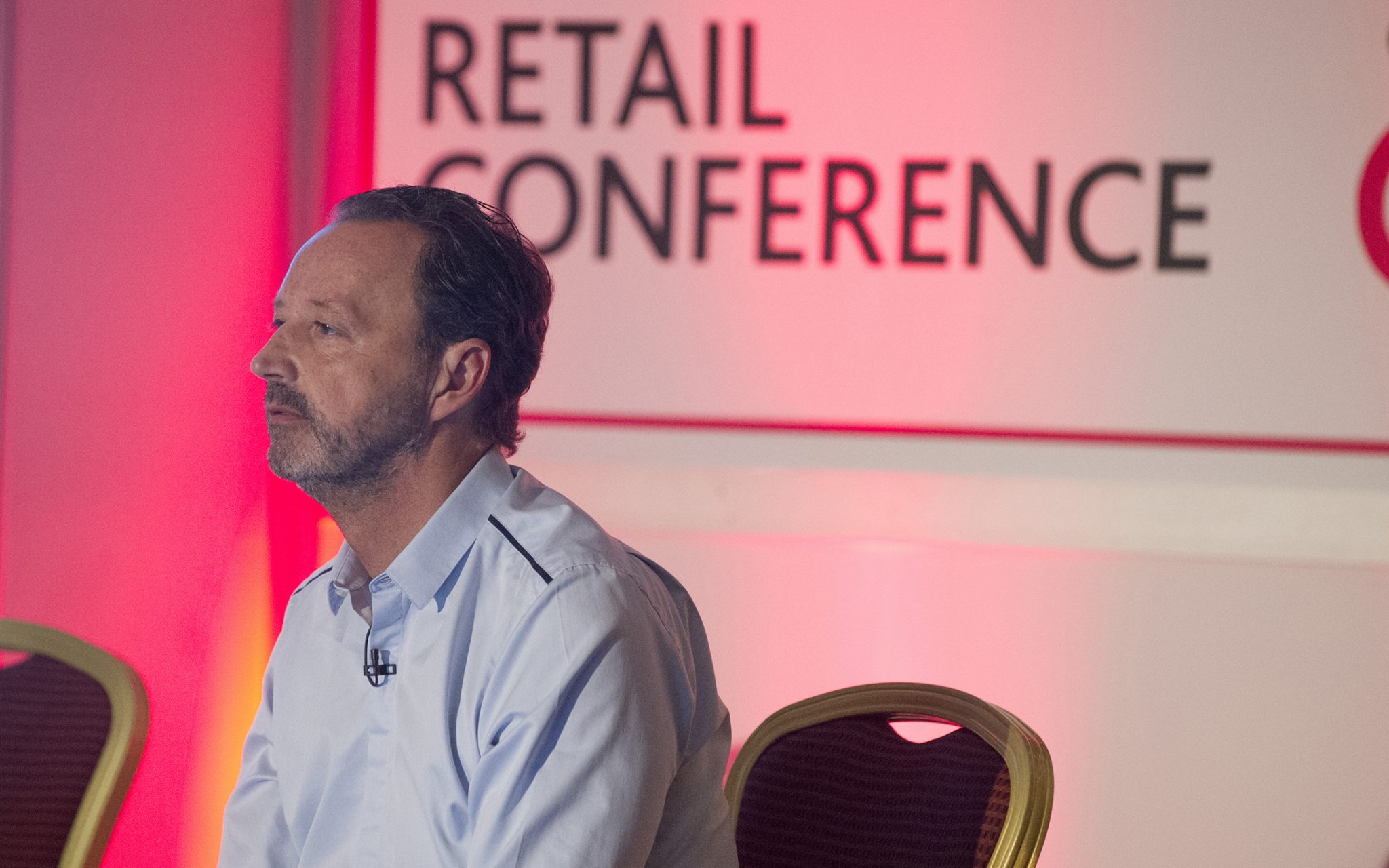 “We need to work on things to bring better journey for our members – rather than say, ‘that is not my society, sorry’. The generation of people who want to use us, they see us as one. FRTS is our route to do that, I see collaboration more and more with Manchester.

“We have to look outside the Co-op at real competition and realise the market is moving fast and we need to come out stronger and better in the eyes of members and customers.”

He revealed the Group is testing click-and-collect options as well as ways to integrate digital into its offer to respond to generational shifts. Earlier this month the Group announced it was piloting digital technology allowing customers to avoid checkouts by using a smartphone app to pay for what they bought in the aisle.

Mr Murrells said the Group would continue to lead on Fairtrade and buying British products while addressing the investigation by the Groceries Code Adjudicator into its treatment of suppliers. It has already given back £500,000 to 110 suppliers and continues to work with the regulator on the issue.

In November 2017, the Group stroke a deal to acquire mutual Nisa and also reached agreement to become the exclusive wholesale supplier to Costcutter, both pending regulatory approval.

“We are putting the Co-op brand into thousands of stores and homes but have to stay relevant and modern across all markets in which we trade,” added Mr Murrells.

In its funeral division, the Group would focus on keeping the cost of funerals down, while in insurance the Group will aim to be more competitive by asking members for feedback.

In terms of community engagement, he said the business needed to do more to demonstrate its impact, particularly since other retailers were running similar initiatives. So far, the Co-op has recruited 200 part-time paid member pioneers to build links in communities and aims to increase the figure to 1,5000.

The business was also demonstrating its difference through its campaign on modern slavery, he said, adding that individual co-ops could also have a voice on this issue.

And the Group is also campaigning for the rights of EU employees and a “co-operative Brexit” to avoid a race to the bottom. “Nothing is agreed until all is agreed so we should continue to speak out,” he said. “It is not in the Co-op’s members’ interest to have a hard Brexit.”

But he warned that speaking on behalf of members, who are diverse and may have different opinions, was a difficult decision. However, co-ops can help build resilience after Brexit in key areas such as agriculture, where the Group is running a training programme for the next generation of farmers.

Another area of focus for the Group is relevance to young people. To achieve this the Co-op has been sponsoring 12 academies in areas where schools are failing and offering apprenticeships programmes. “We create pipeline of co-op talent that understands from day one who we are and why we do what we do,” said Mr Murrells.

“A co-op only works if we prove ourselves to be relevant and persuade more people to shop with us but have to find truly co-op ways to achieve this. That’s how the virtuous circle keeps turning, that’s how the gaps will be closed.”

How to attract Generation Z customers?
Next
Subscribe to the newsletter