How to become a ‘more heartful’ business? Lessons from Thornton’s Budgens

By Anca Voinea
Andrew Thornton at the Co-operative Retail Conference

If they are to thrive on a challenging market environment, co-op retailers must differentiate themselves from their competitors.

In 2006 Andrew Thornton, a retail analyst, bought the Crouch End branch of Budgens at 23 The Broadway, London. Renamed into Thornton’s Budgens, the shop converted itself into a community supermarket focused on “becoming a more heartful company”.

Mr Thornton was one of the speakers at the Co-operative Retail Conference on 10 March. He thinks Thornton’s Budgens and co-op retailers have in common a concern for local communities. With people wanting more engagement and the younger generation losing faith in big businesses, co-ops and local community shops can appeal to them more, he argued.

Sales at Thornton’s Budgens are 10% higher than in similar stores while 82% of employees say they “love” working there. Mr Thornton, who has been involved for a short time in the People’s Supermarket in London, a co-op, said his store had a different approach to the standard managerial one. 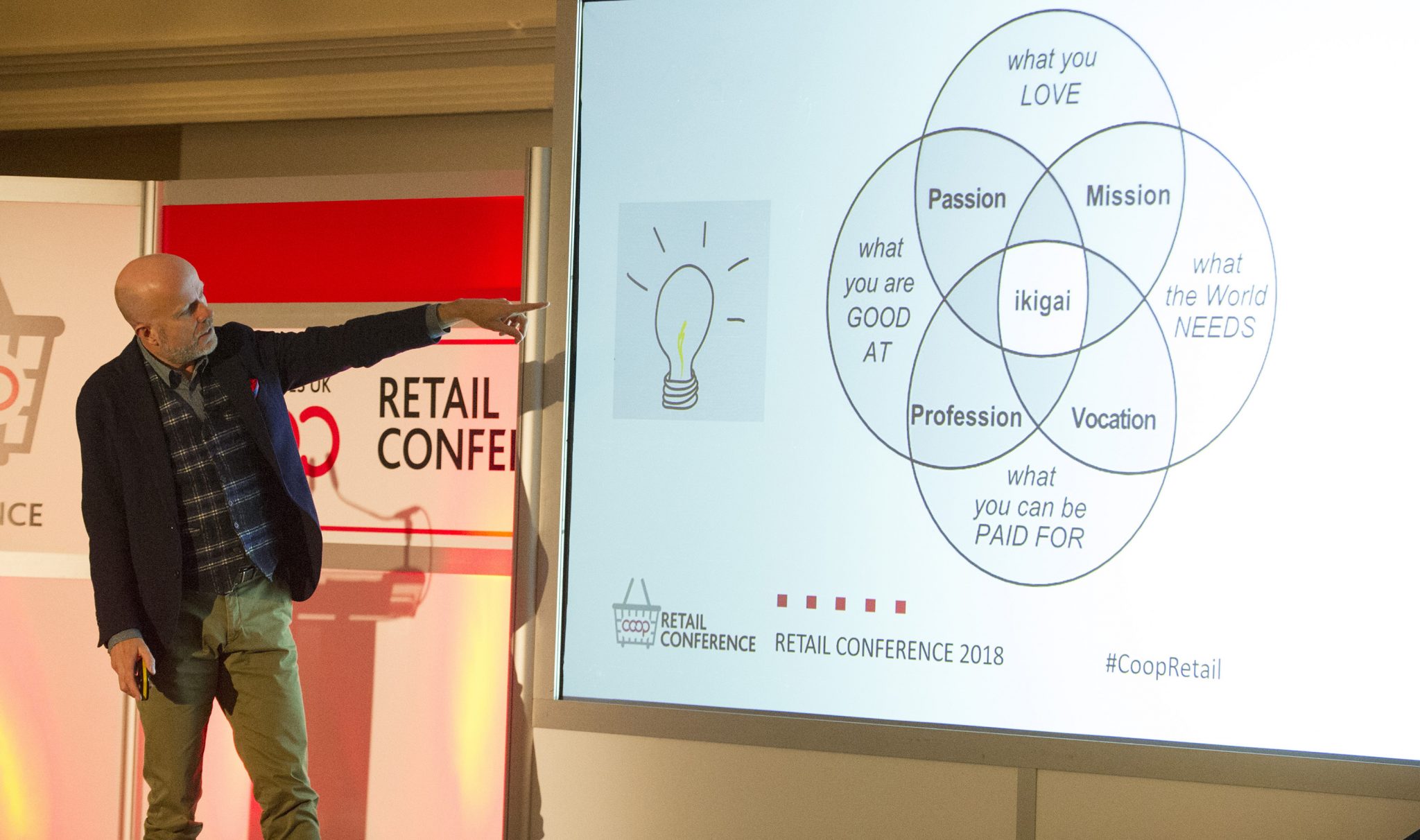 For two years, the store has not had a manager being led by a self-leadership team. Based on a framework for measuring human potentials, people can also choose to do the work they like and are best at doing in order to use their strengths.

“Give people power to try things. The risk is low,” he told delegates.

Mr Thornton is founder of the Heart in Business, a consultancy firm advising enterprises on how to focus on growing people and business to their full potential for a better society. As part of this he has worked with Matthew Raynor, of Raynor Foods.

The sandwich making business is £10m company and a major employer in Chelmsford, having won various awards. Its first client was Chelmsford Star Co-operative.

“The idea that a company had a responsibility to community resonated with me,” said Mr Raynor.

After taking over the business from his father, he decided to change the culture within the business by encouraging employees to show initiative. They now decide what they have to learn and the business provides the space for them to do that.

Manufacturing has also been reorganised based on the same principles used by Thornton’s Budgens. According to Mr Raynors, the business has since seen growth, with people going the extra mile and using their creativity more.