The society says the bid fits its values and principles on community support, education, health and wellbeing

Central England Co-operative is getting behind Birmingham’s bid for the 2022 Commonwealth Games.

Twenty-five food stores, 33 funeral homes, four florists and two travel shops are uniting behind the bid, which it says matches its values and principles on supporting the community, education, health and wellbeing.

The city has been unveiling details of the campaign for several months, including plans to upgrade and improve venues and facilities, run parallel events such as street festivals, and to support other bids such as Coventry’s candidacy for UK City of Culture 2021.

Helping Central England announce its backing, Jim Cunningham, manager at Stirchley food store, said: “We are proud to sit at the heart of the community in Birmingham and this is why we are backing the bid to bid to bring the Commonwealth Games to the area in 2022. 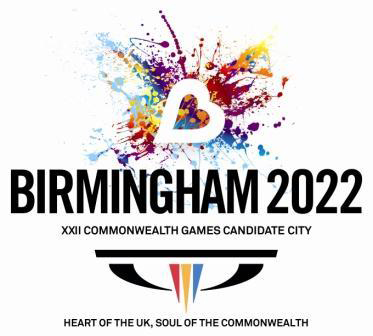 “The move would bring a multitude of opportunities to Birmingham. We want all our members, customers and colleagues from Central England Co-operative in Birmingham to back the bid for the city to host the Commonwealth Games.”

The society already supports a range of schemes across the city through its successful Community Dividend Fund, which has distributed thousands of pounds to groups such as football clubs and swimming groups.

Rubery Football Club was handed £2,000 to pay for a selection of new football kits and Fox Hollies Swimming Club, based in Solihull, were awarded £4,788 to pay for equipment that will be used to teach youngsters to swim.

Central England, which already delivers Healthy Choices Workshops to hundreds of schoolchildren every year,  says it hopes a successful bid will allow for further opportunities to speak to youngsters about health and wellbeing.

James Knight, member and community relations officer, said:  “As an ethical retailer, we are more than happy to support our local schools to help teach the importance of healthy eating and why including five portions of fruit and veg a day and eating breakfast is important to a healthy lifestyle.

“Our aim is to educate and have a positive impact on the attitudes and behaviour of local people at an earlier age and an event such as the Commonwealth Games will only help boost us on our efforts.”

Central England Co-operative offers a wide range of educational and recreational workshops and classes for its members and communities. For more information, email [email protected]