The employee-owned retailer has looked at carbon emissions, mental health awareness and the fight against modern slavery in business supply chains

Employee-owned John Lewis Partnership has published a report revealing its key corporate responsibility achievements, and a progress update on its work to tackle modern slavery.

On sustainability, the John Lewis department store and Waitrose supermarket retailer said it had hit a target of 65% reduction in carbon intensity against a 2010 baseline.

The business increased procurement of renewable electricity in 2016 and became the first UK retailer to use ‘dedicated gas’ trucks that run purely on biomethane.

Other initiatives included a 100-day grazing pledge for cattle supplying milk and a supply chain mapping exercise on over 500 different timber sources, 38% of which are responsible and sustainable.

In terms of health and wellbeing, the mutual achieved a 15% reduction in sugar content of 22 out of 27 of own-brand cereals.

It also signed the ‘Time to Change’ pledge as part of its commitment to supporting mental health. It has trained over 30 partners as dementia-friendly champions, run awareness sessions for colleagues and local communities, and invested £11.5m in community organisations.

On human rights, the retailer has been looking at its supply chain in compliance with the 2015 Modern Slavery Act, which requires supply chain transparency and a slavery and human trafficking statement from businesses.

Using the UN’s Guiding Principles Reporting Framework, the retailer identified the key issues, such as worker engagement, protection for vulnerable workers, wages that are at least enough to meet basic needs, protection for workers in informal and unregulated supply chains, and good health and safety practices.

Related: How the Co-op Group is working to prevent modern slavery

The business also uses independent data such as the Maplecroft global risk tools and the International Trade Union Confederation (ITUC) Annual Survey to assess its performance.

Waitrose’s auditing process identified eight instances where management processes had not been followed as they should have, which could have increased the risk of modern slavery. 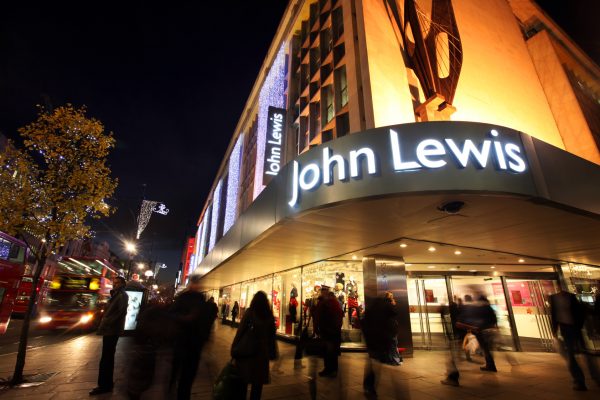 The programme is aimed at improving the working conditions and competitiveness in the clothing industry. In addition, the retailer has introduced human rights questions into the Waitrose Farm Assessment.

The retailer has updated its Responsible Sourcing Code of Practice, which is aligned with revisions to the Ethical Trading Initiative Base Code.

Throughout the year, Waitrose carried out risk assessments on sites across the UK and abroad, while John Lewis delivered training covering UK employment law and the Modern Slavery Act to 107 UK suppliers. The partnership has also trained 70 partners in the procurement department on ethical procurement practices.

“In this statement and report we have tried to further increase transparency on the risks to workers, share insights that we have gained through our ethical trade programmes, and be clear about the steps that we have taken to protect vulnerable workers,” said Tracey Killen, director of personnel at John Lewis Partnership.

“Business cannot tackle modern slavery alone, and so we are committed to working with a range of stakeholders to protect workers.”