Review: Our Revolution, a Future to Believe in

By Bernie Sanders (Profile Books, 2016) Written by Bernie Sanders, Our Revolution, a Future to Believe in is a book about the author’s experience while campaigning for the... 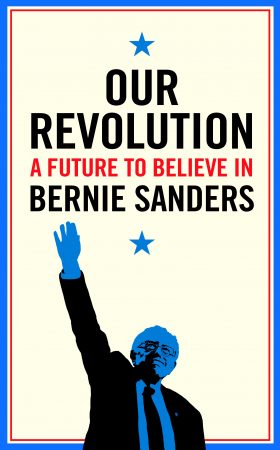 Written by Bernie Sanders, Our Revolution, a Future to Believe in is a book about the author’s experience while campaigning for the USA Presidential election.

The first part focuses on Mr Sanders’ political life in Vermont and his decision to run for presidency, while the second part sets out his agenda for a political revolution. His political programme focuses on healthcare for all, combating climate change, immigration reform, making higher education affordable, defeating oligarchy and addressing the threats to democracy.

In one chapter, Ending a Rigged Economy, Mr Sanders writes about making workers owners through employee ownership and promises to propose legislative initiatives to expand the sector.

“While we create millions of good-paying jobs rebuilding our physical and human infrastructure and transforming our country, there is another economic step forward we must take,” he writes. “We need to take a hard look at new business ownership models in the country. To my mind, we need to significantly expand employee ownership.”

“Instead of giving huge tax breaks to corporations  … we need to provide assistance to workers who want to purchase their own business by establishing worker-owned cooperatives,” he writes.

“Study after study has shown that employee ownership increases employment, productivity, sales and wages in the United States.”

He shares stories about growing up in Brooklyn in a rent-controlled apartment as well as becoming the first congressman in 40 years to be elected from outside the two-party system in 1990.

Published in 2016, the book also looks back over the challenges faced by Mr Sanders during his campaign – and the rivalry between himself and Hillary Clinton.

While the latter won the primaries and went on to become the Democratic candidate, Mr Sanders makes a pledge to continue the fight for “economic, social, racial, and environmental justice”. The book’s key message is that the campaign is over but the political revolution is still continuing.