A report from the Fairbanking Foundation shows the approach taken by credit unions to lending is enabling members to save while they borrow. Save As You Borrow (SAYB) is a...

A report from the Fairbanking Foundation shows the approach taken by credit unions to lending is enabling members to save while they borrow.

Save As You Borrow (SAYB) is a practice used by some credit unions to encourage their members to put part of their repayments into a savings account.

For example, for a regular loan repayment of £10, a member would pay back £9, with £1 going towards savings. By the time the loan is paid back, the member would also have built up a savings balance.

The Fairbanking Foundation’s research was carried out by Ipsos MORI with seven credit unions between May 2015 and April 2016, with 1,272 people taking part. 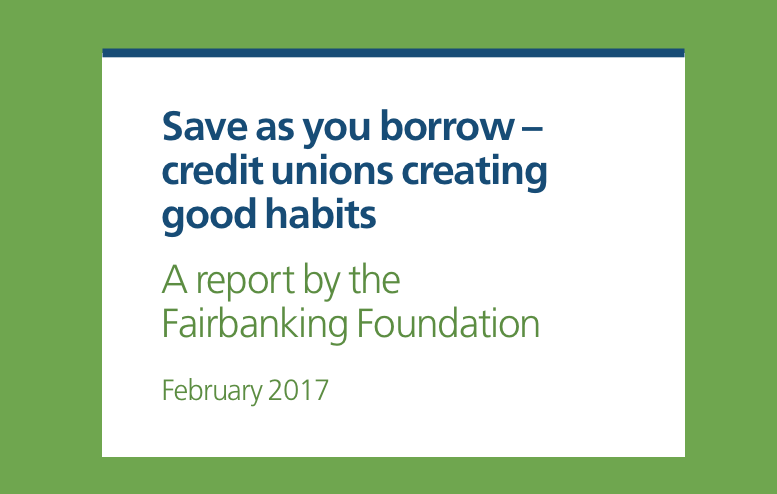 The survey found that 67% of those who had no savings, and had found it impossible to put money aside, now have plans to save regularly throughout the year as a result of using a SAYB product.

Only 26% of respondents were saving regularly before taking out an SAYB loan, the report added. In addition, 71% of users said they would continue to save regularly throughout the year after paying back the loan.

More than 97% of respondents said they found the approach from credit unions helpful in encouraging them to save.

And one third of respondents said they would find it difficult to save if it wasn’t done for them through the loan.

But while one in five respondents said they realised the need to set funds aside for a rainy day, 15% of the 1,055 respondents thought saving while repaying the loan was unhelpful.

The Hive supports 100 groups in its first year
Previous

Three Reads: Andrew Bibby
Next
Subscribe to the newsletter