Fairtrade: kindness in strangers and hope in co-operation

There are always plenty of reasons to keep apart from strangers, to hold back from building relationships with people that we don’t know, including time, distance, privacy and...

There are always plenty of reasons to keep apart from strangers, to hold back from building relationships with people that we don’t know, including time, distance, privacy and convenience.

Fairtrade started with relationships between strangers – to begin with the people that were working as smallholder farmers. Those challenges of time, cost and convenience are real when your livelihood is tough and depends on your self-reliance. Coming together in the form of co-operatives gave a payback to those efforts, because working together meant a better chance of getting their goods to market.

But there was another level of co-operation that was possible, another set of strangers to meet. Drawing on some longstanding pioneer models, in 1988, coffee farmers in Oaxaca, Mexico joined together in a co-operative with solidarity groups based in the Netherlands. Together, they launched the first ever certified Fairtrade product, sold to consumers under the label of Max Havelaar.

I was a link in this chain of strangers in the early 1990s as one of the team that got the Fairtrade Mark going. One task that I and a wonderful and wise woman, Belinda Coote, then working for Oxfam, were tasked with was to write the criteria for Fairtrade. Out of my office in Brixton, South London, we crafted something which was in retrospect astonishingly ignorant. But it was a start. 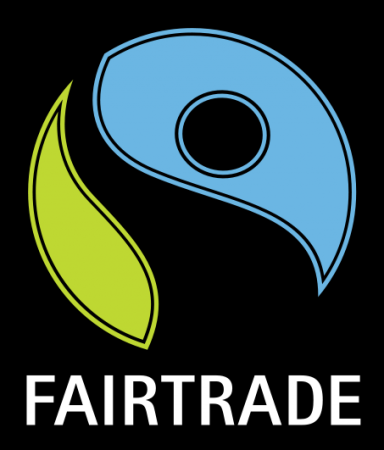 The Max Havelaar had been a solidarity model – they didn’t need to know exactly how it benefited people, it was enough for those with the political and ethical motivation to know they were supporting co-operatives overseas in tough circumstances. But to take the Fairtrade Mark out wider, worldwide indeed, we felt that there was a need to overcome the distance of strangers, by having an assurance system to underpin this.

Perhaps it was a more British approach, an empirical view that we wanted to be able to put things down in chapter and verse. That we could say to consumers – this is not just marketing hype – there is a positive impact and can be evidence to show that.

In truth, the Fairtrade model today relies on both strands – the sense of connection and solidarity and the criteria and assessment process.

Sometimes, over time each strand has got us into trouble in the Fairtrade movement. A sense of solidarity has contributed at times to overlooking issues that need addressing, such as the working rights of seasonal farm workers who are not co-operative members. A sense of process around accreditation can go too far and create a bureaucratic system and costly experience for producers.

Either way, the culture and practice of co-operation remains at the heart of Fairtrade. On figures that Co-operatives UK compiled with the international fair trade movement, three quarters of all fair trade is produced by co-ops. And much of that is sold through co-ops too – with the British movement having a proud record of action, as do consumer retail co-operatives across Europe.

Today, Fairtrade is the most loved brand in the UK. Every household buys fair trade products. Thousands of people are drawn in too to activism and campaigning on the injustice of international trade.

Fairtrade is one of the great co-operative innovations of our generation. And it comes down to a single fact. That even in a complex, unequal and stressful world, there is kindness in strangers and hope in co-operation.