The Royal Bank of Scotland should be mutualised to overhaul the culture of the bank and bolster high street competition, according to the chair of the Co-operative Party. Gareth...

The Royal Bank of Scotland should be mutualised to overhaul the culture of the bank and bolster high street competition, according to the chair of the Co-operative Party.

Gareth Thomas MP said turning the 73% taxpayer-owned bank – which has experienced annual losses for the last nine years since its £45bn bailout – into a mutual like a building society would conserve its strength and credibility.

He made his case in a 10-minute bill yesterday, saying: “Taxpayers saved the Royal Bank of Scotland – now they should be allowed to own it. It should become a people’s bank, which every tax-paying British citizen would have the right to become a part-owner of.

“The structural problems in Britain’s banking markets are the lack of competition between different financial services and institutions.

“A Royal Building Society would be a chance to change the culture fundamentally.” 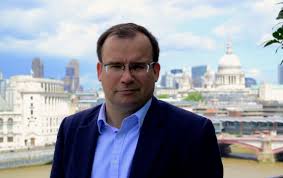 In a comment piece for The Guardian newspaper, the MP wrote: “Now is the right moment for a different approach” and argued the move would inject competition in the UK banking sector.

He added: “Turning it into a mutual with its assets protected from the so-called carpet-baggers who championed building society demutualisation in the 1990s would substantively change the culture at RBS and, crucially, make banking more competitive.

“It’s time to return RBS to the people who saved it, and create a competitor to the traditional shareholder-led bank. Indeed, it is the only sustainable way to inject a serious dose of competition into arguably Britain’s most important industry.”

Mr Thomas, who is the Labour and Co-operative MP for Harrow West and the shadow minister for communities and local government, wants to see an alternative to either state or private ownership of the bank put in place and believes mutualisation would “inject a much needed dose of competition and diversity into British banking”.

The bank has been paid more than £45bn of taxpayers’ money and since its rescue, a number of ideas have been put forward, including plans by the Conservatives to sell RBS shares at a discount to the public and the Liberal Democrats wanting to give shares to everyone on the electoral register.

The bank faces a large penalty from the US Department of Justice over a decade-old mis-selling scandal and is still trying to sell off 300 branches to meet the state aid terms imposed by the EU.

Earlier this year, various retail investor groups sued the bank for misrepresenting its financial health during its £12bn rights issue, at the height of the financial crisis in 2008. The bank tried to settle the claim with an £800m out-of-court deal, which was accepted by only the institutional investors.

RBS is one of the retail banking subsidiaries of The Royal Bank of Scotland Group plc, together with NatWest and Ulster Bank, and has around 700 branches.

The UK government owns 82% of RBS’s shares after it bought RBS stock for £42bn, representing 50p per share. In 2011, the shares were worth 19 pence, representing a taxpayer book loss of £26bn.

End of the Year Review 2016: Agriculture
Next
Subscribe to the newsletter