Brexit: an opportunity for Fairtrade

With at least two years to go till Britain exits the EU, Brexit’s impact on our lives remains uncertain – and the impact on Fairtrade even more so. When...

With at least two years to go till Britain exits the EU, Brexit’s impact on our lives remains uncertain – and the impact on Fairtrade even more so. When Britain joined the EEU in 1973, the concept of ethical trading barely existed. The UK is now the largest consumer of Fairtrade goods with over £1.6bn in sales every year. In this volatile climate, Fairtrade campaigners are being proactive, determined to build a positive post-Brexit future.

Over 23,000 people have signed a petition from the Fairtrade Foundation urging the prime minister to pledge that any future trade deals and business policies will continue to tackle global poverty and deliver a fair deal to farmers and workers in developing countries.

Michael Gidney, Fairtrade Foundation CEO, says the public is rallying around the call for the interests of farmers and workers in developing countries to be protected.

In the immediate aftermath of the Leave vote, he was contacted by dozens of producers from around the world concerned about their futures. And he agrees things are still in the balance.

“Nobody knows yet what will happen to UK trade after Brexit. However, our concern is that we protect gains already made with farmers in developing countries,” he says. “We have started this petition to make sure that whatever is negotiated is fair.”

Mr Gidney welcomes the vote of confidence from the Group. “Despite economic challenges, we have seen renewal and re-commitment from the Co-op towards Fairtrade in recent years,” he says. “It has really led the way on this, and we need to protect those gains and make sure we do not turn our backs on people.”

Fairtrade’s primary focus is developing countries. “Will they be better off or worse off?” he asks.

“There are severe risks but also real opportunities. For example, Theresa May’s Conservative Party Conference speech about business and its role in society indicated real interest in creating new deals with emerging economies such as Brazil, India and China. That could be very exciting – but if it overshadows the need to negotiate good deals that would be a step backwards.”

He adds that the UK needs to learn the lessons of the past “when, as a country, we have focused more on big business interests”. The Foundation, which has 10,000 local supporters’ groups, says it is time for ‘bottom up’ not ‘top down’ organisations to progress the needs of the most marginal and vulnerable.

“There is clear public interest … This is an opportunity for Theresa May to act on her words by creating new trade policy, holding to account irresponsible businesses and building trading relationships in ways that work for everybody.”

So what are the Brexit risks?

One of the things Mr Gidney is watching very carefully is the impact of foreign exchange rates and the current downturn in currency. “All Fairtrade comes in from developing countries and transactions are in euros or dollars,” he says. “That could make imports more expensive. There are currently discussions among supermarket retailers about whether prices are going to rise. It’s an open question but our concern is that supermarkets do not squeeze producers any more.”

A spokesman from the Co-op Group also believes that, for now, price changes could be minimal. “There has been no impact on our retail prices and no change is forecast,” said a spokesman. “We will always seek to protect members and consumers from price rises.”

However, some companies – such as Unilever – have already implemented price increases, claiming they are offsetting “possible” price variations onto the consumer. Other organisations, such as Suma Wholefoods, say Brexit-based price hikes are not a certainty.

Around 10% of products sold by Suma, a UK-based workers co-operative, are Fairtrade.

“The fundamental principle in Fairtrade products is right there in the title – its a commodities trade. And the key principles of commodities trading is price, demand and availability,” says Andrew Mackintosh, a worker-member at Suma.

“Although most commodities are traded in euros or dollars, that doesn’t necessarily equate to commodities being more expensive because the GBP is weaker against the USD. One has to also look at the other two aspects of commodities trading: supply and demand. Even though the Fairtrade Foundation, among others, does ask that fair and agreed prices are paid, it does not necessarily follow that a weak GBP will automatically equate to increased retail prices in the UK.”

However, the Fairtrade Foundation remains cautious: if costs do increase for the end product, it is the primary producers who face the most risk.

“We are in a very challenging market where there may be aggressive price competition,” says Mr Gidney. “But there are also opportunities. By involving the public we are sending a message  to the movement about how we can maximise opportunities and influence policy.”

The Fairtrade Foundation would like to see a commitment by the UK Government to agree preferential terms the for world’s poorest countries after Brexit – terms at least as favourable, if not better than the EU .

“Food security was one of the main reasons the European common market was set up,” he says. “Businesses have been following its rules of trade for decades, but as years have gone by, British trade policy was negotiated more and more through Brussels.” 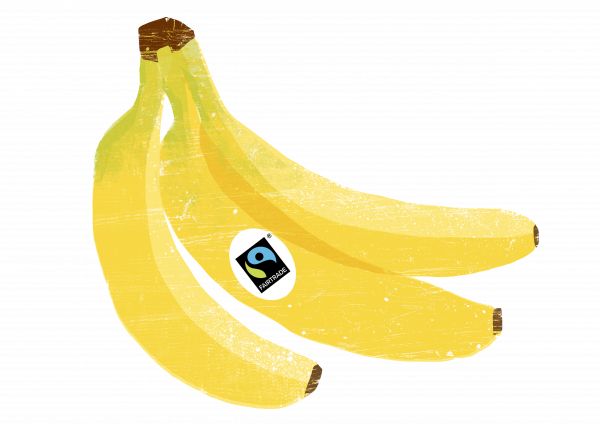 He believes there is a chance for the UK to re-commit to trading with producers in Africa, the Caribbean and the Pacific. “Even now half of the world’s hungry are farmers who grow for export but do not have not enough money for food on their own table,” he says.

“This could be an opportunity to make a promise to developing countries that they will be able to access UK markets in an equivalent or better way than in the EU.

“Since the EU was first conceived, producers in many countries have more clearly defined rights on a range of subjects from health and safety standards to wage bargaining and attitudes to child labour. Whether or not these gains would have been made if the UK had traded in isolation all these years, the fact is that globalised trade needs international policy to set common rules and avoid a race to the bottom.”

The EU has also been a strong champion of Fairtrade, promoting Fairtrade terms within its guidelines on public procurement, which resulted in local authorities in many member states changing the way they assess ‘value’ in their sourcing. And in October 2015, for the first time, EU trade strategy included commitments to support fair and ethical trade schemes. How will Brexit bridge the possible gap in previous ethical policy and new trade practice? 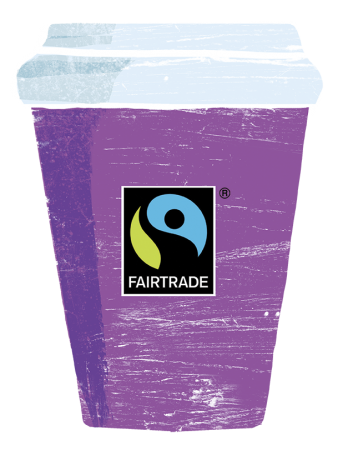 Mr Gidney says: “If trade barriers go up as the UK renegotiates trade deals across the world, there could be less choice in supermarkets. Farmers in the UK have also warned prices may rise, and the National Farmers’ Union wants assurance that the £2.4-£3bn in subsidies they receive from the EU under the Common Agricultural Policy will continue. There are many strong voices among consumer, business and farming lobbies whose needs the UK government will need to respond to.

“One of the things we are concerned about is if there is a vacuum. Producers need clarity and one of the things we have been successful in is developing relationships. Anything that will compromise that clarity is a bad move. If farmers have confidence in their next harvest price and who to sell to, they are more likely to take risks and invest in things such as sustainable agriculture and water management.”

He adds: “Going forward, EU Fairtrade advocates want to encourage all local communities and activists to do what they can to campaign. We need NGOs, activists, MPs, businesses, consumers, local communities to come together to hold the British government to account by demanding a fair future UK trade strategy.”

Could blockchain technology put co-ops at the front of the digital revolution?
Previous