The Co-operative Group won four major prizes at the Retail Industry Awards, including Convenience Retailer of the Year.

Food-to-go Retailer of the Year and Outstanding Achievement also went to the Group, while Ian Peacock, based in Appleby-in-Westmorland, Cumbria, was crowned Store Manager of the Year for his community work after floods hit the area last December.

The Group was also highly commended in the Fresh Flower Retailer of the Year category, making it the highest-winning supermarket at the industry’s ‘Oscars’. Aldi came second with three gongs, while Tesco and Morrisons won an award each, with the latter commended in another category.

“We have invested £125m in lowering prices and more to transform and modernise the look of our stores. Winning these awards is a great privilege but recognises that we are providing what shoppers want to help in their busy lives.

“On a personal level, I’m thrilled that Ian has received recognition by winning store manager of the year. He and his team worked tirelessly to help their community when it was hit by floods and his actions embody the very spirit of the Co-op.” 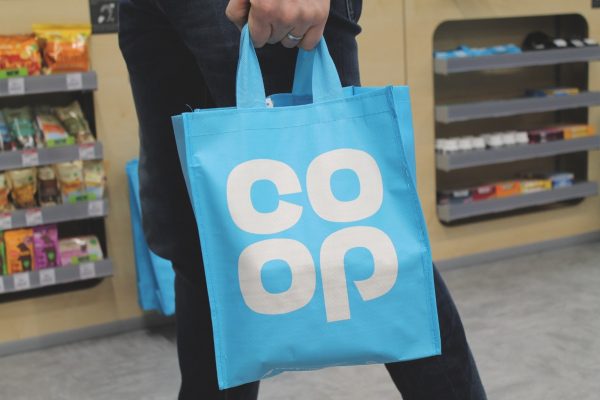 Applauding the Group’s convenience-focused strategy, judges said it looks to become the UK’s number one convenience retailer while keeping community relationships and commitment to Fairtrade products at its heart.

One said: “[The Co-op Group] seems to be finally getting it right in terms of ranging and is in a prime position to take advantage of the convenience shopping trend.”

The panel said the Group has made food-to-go its focus by launching innovative products, rebranding some packaging and increasing the space given to them. They also praised the introduction of new hot food units and a “create your own” salad concept, helping to increase its market share.

The rebrand of the logo – part of a £1.3bn investment which was seen as a return the Co-op Group’s traditional values – and the handling of the near-meltdown in 2013 to 2014 after a crisis at the Group’s banking arm – saw it scoop the Outstanding Achievement award.

The presentation of flowers and the Group’s heavy investment in the business was noted.

Mr Peacock, who judges said “went above and beyond the call of duty”, showed outstanding dedication to the community when his store was badly hit by the floods. He sent his team home for their own safety but stayed behind himself and then became stranded. When emergency services came, Mr Peacock asked them to rescue members of the local community first and was not saved for 38 hours.

The store manager and his team quickly set up a portable pop-up shop for the following 12 weeks to provide staple food items to residents who had been isolated by the subsequent road closures.

Retail Industry Awards can act as endorsements of products or organisations and can be used as a marketing tool. The shortlisted retailers are inspected by the judging team, with store visits, video interviews and analysis of the stores.

Charity receives £59,000 from co-op community
Next
Subscribe to the newsletter