Fair Trade producers from across the world met in Scotland on 9 September to discuss how to roll out the concept of Fair Trade Nations at a global...

Fair Trade producers from across the world met in Scotland on 9 September to discuss how to roll out the concept of Fair Trade Nations at a global level. Scotland became a Fair Trade Nation in 2013, being the second in the world to have achieved the status, after Wales.

Hosted by the Scottish Fair Trade Forum, the seminar brought together representatives from Fair Trade organisations in England, Wales, Northern Ireland, the Netherlands, Sweden, Poland and Canada, who looked at future steps to campaign for Fair Trade.

Fair Trade nations commit to promoting Fair Trade and must pledge to achieve certain targets, such as having 100% cities with Fairtrade status and over 75% of people who know about Fair Trade. The criteria for Fair Trade Nation status were set out by the Scottish Executive and the Welsh Assembly Government in 2006.

One of the delegates at the event, Dr Christopher Stange, from the secretariat of the All Party Group on Fair Trade in Northern Ireland, talked about his nation’s plans to achieve the certification.

“In Northern Ireland, we have always had the vision of achieving a regional Fair Trade initiative as a legacy and commitment to the developing world. In order to establish criteria for our campaign, we looked at the Scottish and Welsh Fair Trade Nation models, which were incredibly useful. It was fantastic to be in Glasgow to experience a Fair Trade Nation and to unite with Fair Trade campaigners from across the world for such a worthy international cause,” he said. 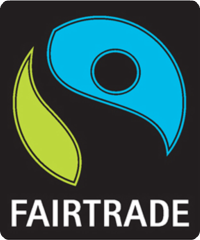 The conference featured a presentation from Dan Omondi Odida, general secretary of Micodepro, a gold mining co-operative from Kenya seeking to obtain Fair Trade certification. Mr Odida visited Scotland as part of Fairtrade Foundation’s I DO campaign, designed to increase awareness of Fairtrade Gold. He talked about the contribution of Fairtrade to his community, helping miners to get a living wage, get access to health and safety training and adopt environmentally friendly practices.

Martin Rhodes, director of the Scottish Fair Trade Forum, said: “This was our most international Fair Trade conference to date and a momentous weekend for Fair Trade in Scotland. Dan’s speech reminded us that there are millions of people around the world who work in life-threatening conditions and receive unfair wages – but Fair Trade is changing this. The time, energy and dedication given by our campaigners and conference attendees demonstrates that Scotland is committed to helping people like Dan. On top of this, it is exciting to see that other countries are interested in replicating our campaigning model by becoming fellow Fair Trade Nations.”

What does Brexit actually mean for co-operatives?
Previous