Halfway through its rebuild strategy, the Co-operative Group has reported an increase in revenue for the 26 weeks ended 2 July 2016, with profit down in line with “planned...

Halfway through its rebuild strategy, the Co-operative Group has reported an increase in revenue for the 26 weeks ended 2 July 2016, with profit down in line with “planned reductions”.

Revenue increased by 2.2% to £4.7bn (2015: £4.6bn), with Funeralcare holding steady and General Insurance delivering a strong performance. Like-for like sales in Food rose by 3.1% – but despite its core convenience growing ahead of the market, the organisation reported a decreased profit before tax of £17m (2015: £36m).

“The £32m fall in underlying profit before tax was expected and planned,” said Richard Pennycook, chief executive at the Co-op Group, adding that it was the result of “continued Rebuild investment, colleague pay increases and price cuts.” Debt held steady at £0.7bn.

Profit was also affected by a write down of £45m on the Co-operative Group’s investment in the Co-operative Bank, previously valued at £140m. The Group retains a 20% share in the Bank and will continue to support the organisation, said Richard Pennycook.

“A lot of our members are customers of the Bank so we have a close relationship with the Bank and everything they do is done in a sustainable and ethical way,” added Ian Ellis, the Co-operative’s chief financial officer.

Over the 26 weeks, the Group has continued disposal of non-core food properties, but costs from supporting functions increased from £37m to £52m to “support required investment in brand and membership relaunch, and creation of new Digital division”.

Mr Pennycook said the Co-operative was also on track to reach its target of opening 100 new shops by the end of the year, having already opened 30 new stores.

“Our investment programme requires some disposals but not on the scale seen over the last years,” he said.

The Group hopes to have at least half of the estate rebranded before the end of 2017. According to Mr Pennycook, the newly branded stores are already driving stronger growth.

There was also major investment in Co-op Group colleagues as 5,400 managers attended Being a Co-op Leader events and all 70,000 colleagues embarked on Back to Being Co-op sessions.

The Group’s Food division reported sales of £3.5bn, with profit down 28.4% to £63m with the figure impacted by an 8.5% pay increase for store colleagues, store refits and price reductions.

The interim results come as grocery share figures from Kantar Worldpanel for the 12 weeks ending 11 September 2016 showed that the Group outperformed the market with sales growth of 3.1%, primarily through its own label lines. Sales of own-brand products for the first half of the year were up 5.1% on 2015. 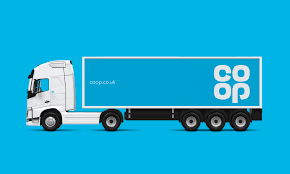 Funeralcare saw sales up 1.2% to £164m, but profits down 10.6% to £42m. Twelve funeral homes were opened over the year, and the Group re-launched Simple Funeral, cutting the price of lowest price funeral by 7%.

Sales in Legal sevices rose to £11m (2015: £10m), with an underlying operating profit of £1m after the acquisition of Collective Legal Solutions at the end of 2015 enabled its legal services business to expand its Wills, Trust and Probate services across England and Wales.

Sales in Electrical declined to £33m (2015: £36m), reporting an underlying operating loss of £1m (2015: £1m loss). In the future, the Group will be looking to use its digital division to enhance the customer offer and experience for its electrical business.

“These are exciting times for the Co-op as we continue to make this a better business that is more relevant for members, customers, communities and colleagues. These results, along with the relaunch of our compelling new membership offer, show the real value of ‘being Co-op’ and our difference as a business,” said Mr Pennycook.

As part of its rebuild strategy, the society has launched a new membership offer, which will see members credited with 5% of the value of their purchase of Co-op own-brand services. These rewards will be separate from dividends and are expected to amount to £100m each year.

An additional 1% will be given to members for donations to good causes in their local communities. “If you shop with co-op there’s a direct benefit for your community. That really resonates,” explained Mr Pennycook.

He added: “We are able to invest for the long-term, strengthening the appeal of our products and services, because our business model allows us to pursue our unique approach, championing a better way of doing business for customers and communities.”

Halfway through its rebuild, Mr Pennycook says “much remains to be done”.

“We remain firmly on track with our plans,” he added, “and are encouraged that the work we are doing is attracting more and more people back to the Co-op.”

The Group aims to increase the share of trade coming from members from 20% to 50%. In addition, it wants to attract one million new members over the coming period.

“It’s important that we don’t preach to others on this subject, we’ve had our challenges,” he said. “However, because of co-operative difference and what we’re supposed to be standing for, reputation is even more important for us.”

The Group will aim to live up to the co-operative values and principles, he added, while portraying itself as a community-friendly organisation.

Allan Leighton, chair of the Group, added: “We are delighted that our members, our customers and our people have so enthusiastically backed our plans to create a new Co-op economy, based on a better way of doing business.

“These results show that we are moving in the right direction – be that in going back to our roots with a return to an iconic brand, the launch of our new member offer or our partnership with the British Red Cross which has already raised £3m. It is the support of our members, under a strengthened governance structure enhanced by committed colleague engagement, that means we can continue to pursue our strategy with confidence.”