What does Brexit actually mean for co-operatives?

With continued uncertainty over how Britain’s departure from the EU will take shape, Brexit was a hot topic for debate at the Co-operative Party conference in Cardiff. Delegates...

With continued uncertainty over how Britain’s departure from the EU will take shape, Brexit was a hot topic for debate at the Co-operative Party conference in Cardiff.

Delegates expressed concern over the implications of leaving the single market as well as the ability of the political class to engage with people who may feel disempowered. They also looked at the potential role of co-operatives in uniting divided communities.

“We will fully campaign for single market access, but if we want to make progress to power we need to understand what motivated those who voted to leave,” said Party chair Gareth Thomas.

Labour/Co-op MP Meg Hillier warned the UK could lose some of its attractiveness for corporate businesses if it left the single market – and feared that the country could try to remodel itself as a tax haven to compensate for lost trade.

“Even the Commonwealth is not as big of a market as what the EU can provide,” she said. “There is a real risk to corporate business. We need to make sure as a movement that we resist multinational low tax,” she said.

Labour/Co-op MP Geraint Davies said it was unclear what Brexit actually meant and whether the UK would be staying in the single market or seek to sign bilateral trade agreements with the USA and Canada.

“My own view is that people who voted for Brexit will not get what they wanted,” he said. Leaving EU would probably increase costs and restrict market access, without necessarily reducing immigration, he added.

The refugee crisis was another concern. Baroness Smith of Basildon noted that the crisis was “not coming to an end soon” and that the UK would have no influence over Europe’s response to the situation once it leaves the EU. 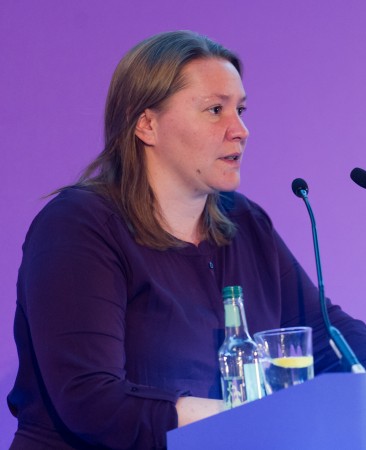 Labour and Co-operative Party members should challenge other parties’ rhetoric on Europe. “We must never follow that race to the bottom,” she said. “That is not how we earn people back.”

Lord Kennedy of Southward expressed concerns over the rights and protections guaranteed through the EU, which would be lost with the UK’s withdrawal.

Baroness Glenys Thornton, chief executive of the Young Foundation, which works with social enterprises and co-ops, said its would be difficult for such charities to continue to play a leading role once they are unable to bid for EU funding.

Adrian Bailey MP is a longstanding supporter of the EU but his West Bromwich West constituency was another area voting to leave the union. “The reality was that I had a substantial number of people who were left behind,” he said.

Another MP whose constituency vote to leave was Oldham’s Jim McMahon, who called on his colleagues to “stop being angry with voters” and look to regain their trust.

Co-operation could be one way to do this, delegates said. MP Stephen Daughty said co-ops could be used to implement local solutions and strengthen devolution.

“Co-operators believe in local solutions to address the fact that people feel excluded,” he said.

Dan Crowe, vice president of the Co-operative Group’s member council, added: “Our citizens and communities feel disempowered and alienated. Through the Co-operative Party we have the policy solutions to meet the challenges we face.”

Gareth Thomas also argued for a co-operative solution to post-Brexit divisions, and highlighted how taxi drivers impacted by the rise of Uber fighting back by joining forces and forming co-operatives.

“That desire to ‘take back control’ gives us a chance to advance a case of redistribution of power to communities, groups of citizens and employees,” he said.

Members also voted in favour of an emergency motion calling for a comprehensive co-operative agenda to be put forward after the EU referendum.

The motion called on the Party’s national executive committee to organise two conferences to discuss the future steps for co-operatives and the movement.