Community energy has retained the overwhelming backing of the UK public, according to research from Co-operative Energy. Released at the start of the UK’s Community Energy Fortnight, the...

Community energy has retained the overwhelming backing of the UK public, according to research from Co-operative Energy.

Released at the start of the UK’s Community Energy Fortnight, the findings also demonstrate increased support among Conservative voters.

More than two-thirds (67%) of the 2,000+ UK adults polled for the research said they would support local community-owned renewable energy projects, such as wind turbines, while nearly 80% thought the government should do more ‘to help local communities generate their own energy, with profits staying in the area’. Support among Conservative voters increased from 62% in 2015 to 65% in 2016.

Co-operative Energy says the findings “directly challenge” the government’s recent decisions to slash subsidies for small, local renewable energy schemes and to bar investors from access to social investment tax relief. Nearly 60% of respondents believed the government should change its mind and once again offer tax relief to those individuals who take the risk of investing in community energy, with just 12% against.

“This poll shows that the government’s recent hostility to further growth in onshore wind turbines and solar farms is out of kilter with the vast majority of the UK public, including Conservative Party supporters,” said Ramsay Dunning, managing director at Co-operative Energy. “Moreover, people want to see growth in local, community-owned projects and are willing to pay a small surcharge on their bills to help this happen.”

Related: How has the austerity drive impacted community energy?

Two-thirds (68%) of survey respondents said that they would be prepared to pay a small surcharge each year on their energy bill to fund an expansion of community energy, with just 15% opposing this.

Co-operative Energy and the Energy Savings Trust have previously calculated that for 25p per customer per annum, the UK could grow its community energy capacity from 200MW to 3,000MW in a few years.

More than half (52%) of those surveyed said they would support a wind turbine within two miles of their home – nearly three times as many as the 18% who would oppose it. Support among Conservative supports increased from 43% in 2015 to 47% in 2016. Support for solar farms was even greater, with 61% in support of a project within two miles of their home, compared with 11% against.

“The newly formed Department for Business, Energy and Industrial Strategy (BEIS) and its welcomingly engaged ministers have a fantastic opportunity to tap the public’s goodwill and provide a significant boost to the UK’s social enterprise economy,” added Mr Dunning. 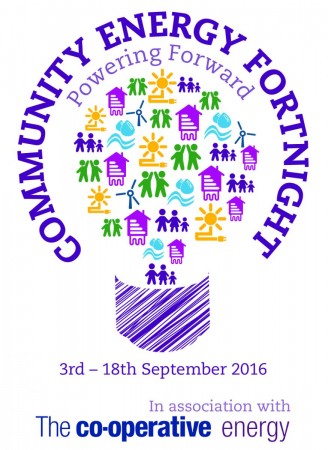 The (CEC) was formed in 2011 by institutions and charities such as the Church of England, the Women’s Institute (WI), the National Union of Students (NUS), the National Trust, Co-operative Energy, Community Energy England and Forum for the Future. It aims to ignite an energy revolution by helping UK communities to own, generate and save energy together.

Will Dawson, head of energy at Forum for the Future and chair of the CEC, said: “I am really pleased to see support across political views grow even higher for communities owning and benefiting from their own energy projects.

“CEC members see a rapid switch to renewable energy communities and energy efficient homes and businesses as vital for Britain’s future. We want the government to stand with us and do more to help British communities take control of their energy locally.”

Robert Owen to be commemorated with plaque
Previous