Do co-ops hold the key to beating cyber crime?

The threat of cyber crime is a growing concern to the financial industry – and, as the world’s leading provider of secure financial messaging services, member co-operative SWIFT...

By Anca Voinea
With cyber crime a continuing threat, member co-op SWIFT is looking to innovate and create solutions

The threat of cyber crime is a growing concern to the financial industry – and, as the world’s leading provider of secure financial messaging services, member co-operative SWIFT has found itself at the forefront of efforts to tackle the problem.

SWIFT, the Society for Worldwide Interbank Financial Telecommunications, was founded in 1973 by 239 banks from 15 countries to communicate about cross-border payments. Less than 12 months after operations began, it had processed 10 million messages.

Since then the co-op has grown to serve more than 11,000 institutions and operated in 210 countries. Its communications platform enables customers to connect and exchange financial information.

With the financial world facing challenges such as disruption to regulation and cyber attacks, SWIFT is looking to engage more with members and customers to put forward innovative solutions. 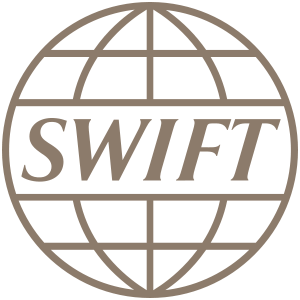 Information sent by SWIFT between banks around the world includes letters of credit, payments, and securities transactions.

The co-op structure was chosen to enable the organisation to operate neutrally. It is headquartered in La Hulpe, Belgium, but has offices in the USA, Brazil, Australia,

The co-op model ensures that the composition of the board reflects SWIFT’s shareholders around the world. Shareholdings are determined by a set formula, while the composition of the board follow rules set out in SWIFT’s by-laws: the more use a client makes of its messaging services, the larger its shareholding becomes at the next share re-allocation.

Nations can collectively propose one or two directors to the board, depending on their shareholding ranking. They form national member groups, which comprise all SWIFT shareholders from a nation.

These in turn propose candidates for election to the SWIFT board of directors. They also represent the interests of their nation’s shareholders, acting in a consultative capacity to the board of directors and SWIFT’s management. Shareholders also elect representatives to chair each national member group.

Vetted directors are elected for a renewable three-year term at SWIFT’s annual general meeting by all shareholders. The board, which meets four times every year, elects a chair and deputy chair annually.

Users are recognised as key players in SWIFT’s success, with the national user groups acting as a forum for planning and coordinating operational activities. Each group is chaired by a representative.

As a community of users, SWIFT sees close co-operation as key to its success. By working with members and user groups it can adapt and innovate according to their needs. This helps them set new standards and develop new services.

But speaking at SWIFT’s business forum in Switzerland, the co-op’s chief executive Gottfried Leibbrandt warned that innovation had to be targeted to individual circumstances.

“The successful new entrants thus far have exploited the gaps in the segmentation,” he said, “and haven’t tried a one-size-fits-all approach.

“That doesn’t mean that what works for a segment today isn’t unchallengeable. All of the segments are challengeable – and a lot of effort and money is going into disrupting each of them.”

He argued that 2015 had been a good year for the co-ops, which had performed well in along the three key dimensions of usage, operational excellence and renewal. The main challenges remain cyber threats, geopolitics and disruptive innovation.

Cybersecurity in particular is a great concern for the co-op. In February unknown hackers altered Swift software on Bangladesh Bank’s, leading to the cyber theft of USD $81m (£55.9m) from the Bangladesh central bank account at the New York Federal Reserve.

The group warned customers that the incident was not an isolated one, with a confidential alert sent over its network which is reported to have said that “malicious insiders or external attackers have managed to submit Swift messages from financial institutions’ back offices, PCs or workstations connected to their local interface to the Swift network.”

SWIFT also released a security update to the software that banks use to access its network to hinder malware believed to have been used by hackers in the Bangladesh Bank incident. Customers were advised to install the update by 12 May.

Speaking at the Swift Business Forum in April, SWIFT’s chief executive for Americas and UK region, Javier Pérez-Tasso, said that banks faced the dual challenge of managing regulation and remaining compliant, resilient and cost- effective while also focusing on innovation and transformation.

“We’re entering the fourth industrial revolution – which will continue to transform financial services,” he said.

We are co-creating products together with the community, because that way we know they are solving the real operational challenges our customers face

SWIFT has recently launched its strategy for 2020, which focuses on operational excellence in its core financial messaging services to deliver on the highest expectations of customers, while also addressing new cyber-security and geopolitical challenges.

“Over the last three strategic cycles, SWIFT has significantly decreased the average costs of its messaging services, and in line with our co-operative approach, we will continue to pass on the benefits of economies of scale to our customers,” said Mr Pérez-Tasso.

“Under the SWIFT2020 strategy, we are proposing a five-year vision to move towards a single financial crime compliance utility which over time will serve as a ‘one-stop’ solution. We are co-creating products together with the community, because that way we know they are solving the real operational challenges our customers face.”

Motions 1-9: Co-operative Group AGM approves new members on the board of directors
Next
Subscribe to the newsletter