Brexit, pursued by a scare

The countdown to the EU referendum has begun. On Thursday 23rd June, British voters will decide whether or not they wish to remain in the EU – and...

By Frances Coppola
With the EU referendum taking place on 23 June, the direct implications on co-ops are not yet clear

By Frances Coppola
7 April 2016
The countdown to the EU referendum has begun. On Thursday 23rd June, British voters will decide whether or not they wish to remain in the EU – and the vote is expected to be close.

Both sides claim the moral ground and economic case. The moral ground hangs on such nebulous concepts as “sovereignty” and “fairness”. A growing number of people are angry about the inflow of immigrants from other parts of the EU, about what they see as the “imposition” of laws from Brussels, and about Britain’s budget contribution to the EU.

Those who think Britain should leave often speak of “regaining control” – of our laws, our borders and our public finances.

Conversely, those who want to stay speak of “participating”. They believe that being part of the EU gives Britain a far louder and more powerful voice in the world than it would have on its own. Surrendering sovereignty can be desirable, if it results in better relationships and greater prosperity for all. And is it such a bad thing if we start to see ourselves as “European citizens”? 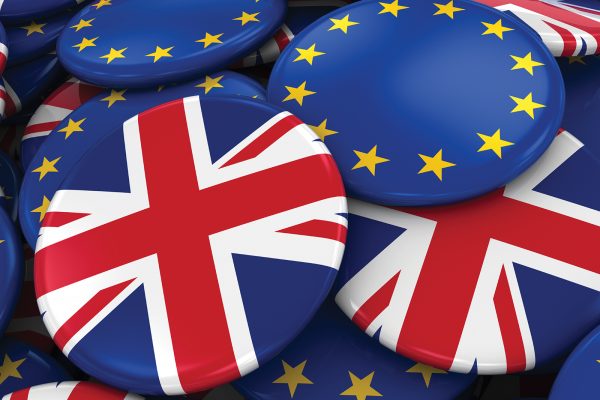 These are emotional, not economic arguments. Is your allegiance to Britain the island, or Britain the hub of Europe? Do you prefer to rule the waves in splendid isolation, or be a key part of the largest economic union in the world? Is it even possible for you to rule the waves, or for that matter be a “key part” of the EU?

How would Britain leaving the EU affect co-ops?

I wonder if the underlying fear is that Britain is no longer the great power that it once was. It cannot rule the waves any more: the question is whether it can still pull its weight in the EU. Some fear Britain’s decision not to join the euro will lead to it being sidelined in EU decisions, relegated to the “second division” while the euro “elite” leads the pack.

But since the eurozone crisis, joining the euro has become politically untenable. For some, Britain is faced with an unenviable choice – join the euro, or become a European nonentity. It is perhaps unsurprising that some of those who voted for Britain’s membership of the European Economic Community in 1975 are now turning against it. If there is one thing that no one likes, it is to feel insignificant.

But the economic case is also important. In fact – if the Scottish referendum is any indication – as the vote draws closer the economic, rather than emotional, arguments will dominate. In the end, head rules heart, and money talks. Will Britain be “better off” inside or outside the EU?

It depends where you live. In areas such as Scotland which have been net beneficiaries of EU structural funds, Britain’s membership of the EU is broadly seen as beneficial.

The most virulently “anti-EU” areas appear to be those where EU policies have had adverse effects, such as the fishing ports on the east coast of England. The Common Fisheries Policy is widely blamed there for the collapse of the UK’s fishing industry and the destruction of their livelihoods. But is it, really? Or is this partly a symptom of more serious underlying problems – overfishing and climate change?

Many people are worried about the effects on Britain’s relationships not only with European countries, but with the rest of the world, if it were to leave the EU.

Business representatives claim the UK has broadly benefited from EU membership and express concern that leaving the EU would disrupt important trade relationships.

And the City warns that leaving the EU could mean the end of Britain’s status as the world’s premier financial centre.

But those in favour of leaving claim the disruption of trade relationships would be easily fixed, and pooh-pooh the notion that the City would lose ground to Hong Kong or Frankfurt. Who is right?

It seems likely that, in the short term at least, trade would be significantly disrupted, simply because Britain would have to negotiate bilateral trade relationships with countries with which it now trades under the umbrella of EU trade agreements. We should expect Britain to suffer an economic downturn in the immediate aftermath of an exit, even a well-planned one.

But it is possible that the longer- term outlook could be bright. Many small open economies do pretty well in the global arena without the protection of larger trading blocs. And of course Britain has a special relationship with the US, doesn’t it?

It does – but I’m not sure that special relationship would survive an EU exit. The US has already indicated that it would not be too pleased if the UK left the EU. The EU is currently negotiating a trade deal with the US, the Transatlantic Trade and Investment Partnership (TTIP). If Britain left the EU, it would not benefit from this deal: it would have to open new negotiations with a less than enthusiastic US administration.

I fail to see how exchanging co-operation, however flawed, for competition will bring peace and prosperity to Britain and its trading partners

Of course, TTIP is controversial. It potentially opens up large parts of public services to private competition. It undermines European standards on things like food safety and toxic substances. It waters down bank regulation. It is likely to cause jobs to transfer to the US where workers have fewer protections. And above all, it allows big corporations to override national laws by resorting to “international arbitration”. Some would say that losing TTIP would be no bad thing, since Britain could then negotiate a separate deal that protected public services, workers’ rights, safety standards, privacy and democracy. But I seriously doubt this. If the US will not negotiate such a deal with the EU, why on earth should it do so with the much smaller UK?

There are similar problems with the argument that Britain outside the EU would be able to negotiate more favourable trading relationships with its partners in Europe. This seems unlikely to me. In my view the best it can hope for is an equivalent of what it currently has. And as far as trade relationships elsewhere in the world are concerned, it is worth remembering that Britain would be a direct competitor to the EU.

I fail to see how exchanging co-operation, however flawed, for competition will bring peace and prosperity to Britain and its trading partners. For sure, there could be some benefits. The obvious counter to the City’s argument that leaving the EU would diminish Britain’s financial centre is that this financial centre is too large and dominant anyway. Leaving the EU could perhaps create an opportunity to redesign Britain’s financial infrastructure, and indeed its industrial infrastructure: perhaps, freed of European shackles, we could develop our own “Mittelstand”, networks of community and co-operative banks and industries.

Editorial: ‘The EU itself is akin to one big co-operative’

But we elect the politicians that we choose, and currently no British political party is proposing any such thing. It is hard to see how Brussels is responsible for the failure of successive governments to develop a coherent industrial strategy, cut the financial industry down to size and support community and co-operative enterprises.

I worry that the EU is being seen as the cause of all ills, when in fact the real problems are closer to home: giving free rein to the neoliberal establishment that currently dominates UK politics is hardly going to bring about a new golden age of co-operation. Leaving the EU could actually amplify the inequalities and distortions in our economy.

There is no doubt that the EU needs fundamental reform. Far from bringing about peace and prosperity, it is creating a depression on the scale of the 1930s: increasingly harsh attitudes to refugees and minorities are a symptom of the misery caused by austerity. Whichever way the vote on June 23rd goes, it cannot be a vote to preserve the status quo.

The question is whether Britain wishes to be a driver of the changes the EU must undergo, or a recipient of their effects. There is no guarantee of the first, of course: but the second is a certainty if Britain leaves.