Presenting his Budget for 2016, chancellor George Osborne announced a series of measures that could have a significant impact on co-operatives, including a reform to corporation tax to raise £9bn...

Presenting his Budget for 2016, chancellor George Osborne announced a series of measures that could have a significant impact on co-operatives, including a reform to corporation tax to raise £9bn in extra revenue.

Limited companies and most unincorporated associations, such as co-operatives, have to pay corporation tax. In the past, the rate paid depended on the size of the profit, but a single rate now applies to all organisations eligible to pay the tax. In his autumn statement the chancellor had confirmed a reduction of corporation tax from 20% to 18%. He has now said it will be further reduced to 17%.

“If you buy a pub in the Midlands worth, say, £270,000, you would today pay over £8,000 in stamp duty. From tomorrow you will pay just £3,000,” explained the chancellor. Small businesses, including co-ops, that occupy property with a rateable value of £12,000 or less will also pay no business rates.

According to the chancellor, new stamp duty rates on additional properties will come into effect next month. “We’re going to use receipts to support community housing trusts, including £20m to help young families onto the housing ladder in the South West of England,” he added.

Ed Mayo, secretary general of Co-operatives UK, says that with “limited room to manoeuvre”, the chancellor has focused on a few practical initiatives for UK businesses.

Mr Mayo is “disappointed” to see co-ops further disadvantaged in tax breaks for investors, which he says increasingly favour investment in companies over investment in co-operative and community benefit societies, but says the sector body thinks “the announced funding for energy innovation could create opportunities to develop direct supply energy co-operatives.”

Following the government’s announcement last week of a £3.62m Community Pub Business Support Programme, Mr Osborne said pubs would further be backed by the freezing of beer, cider and whisky duty. All other alcohol duties will rise in line with inflation.

In an attempt to tackle lack of pensions and savings among young people in their 20s and 30s, the chancellor is launching a new lifetime Individual Savings Account. “From April 2017, anyone under the age of 40 will be able to open a Lifetime ISA and save up to £4,000. And for every £4 you save, the government will give you £1. So put in £4,000 and the government will give you £1,000. Every year. Until you’re 50. You don’t have to choose between saving for your first home, or saving for your retirement,” he said.

We would very much like credit unions to be able to offer [the Lifetime ISA] and we’ll be working with the Treasury in terms of whether that’s possible.

Speaking with Co-operative News, Mark Lyonette, chief executive of the Association of British Credit Unions (Abcul), said that the Lifetime ISA and the Help to Save should both be of interest to credit unions.

“We would very much like credit unions to be able to offer [the Lifetime ISA] and we’ll be working with the Treasury in terms of whether that’s possible.” He added that Abcul has also been working with HM Treasury on Help to Save exploring how credit unions could be a part of that.

“The last time a UK government came forward with ideas on encouraging people on comparatively low incomes to save, credit unions were one of the parts of the financial services industry that was more keen to facilitate that. So I think our members will be keen to do that again,” he said.

“However he also warned that some credit unions may be “slightly wary” due to previous promised initiatives that were never realised.”

“Around seven years ago, credit unions put a lot of work into the Savings Gateway programme.” The savings plan, proposed by Labour, would have seen 50p added to every £1 saved in the scheme, which was designed for up to eight million people on benefits and tax credits. However the scheme was scrapped by the new coalition government, who declared it was ‘unaffordable’.

“That was a lot of time wasted,” said Mr Lyonette, “so I think our members will want to know that this is definitely happening this time. But I would be astonished if many of them were not keen to help models like that work.”

Education is another area that will be affected by the chancellor’s Budget. Mr Osborne said extra funding would be provided so that by 2020 every primary and secondary school in England will be, or be in the process of becoming, an academy. He added the government would focus on the performance of schools in the north of England, where results had not been as strong as expected.

Simon Parkinson, principal and chief executive of The Co-operative College, said the announcement had “caused concern in many quarters”, but added that the structure of schools is not what should be at the heart of the debate.

“Our priority, and the priorities of parents, teachers and students is school improvement and that should be the focus of discussion and plans for the future,” he said. “We believe that school improvement happens when they are deeply embedded within, and are accountable to, their local communities – and also when they co-operate and share best practice.”

Also commenting on Mr Osborne’s announcements, Nick Temple, deputy chief executive at Social Enterprise UK said: “Social enterprises will welcome many of the announcements aimed at helping small and medium sized businesses, while feeling that the government still needs to pay more attention to delivering fairness and social justice. For example, the announcement of more money to tackle homelessness is welcome, but what is missing is the connection between policies and a focus on treating symptoms rather than tackling causes.

“In general, this is a Budget which will do little to either enthuse or depress the resilient and committed social enterprises working hard across the country.”

In response to the Budget, a Co-operative Party statement said that while it is “always difficult to make a snap judgement as so much of the devil can be in the Red Book detail, […] it is hard to see that today’s Budget will do anything to create an economy where the gains from the hard work of hard working people are more evenly shared; or that the chancellor has a real plan to increase productivity”.

The Party called for a budget for a new, shared economy with measures to drive up productivity through greater employee ownership, engagement and profit sharing. 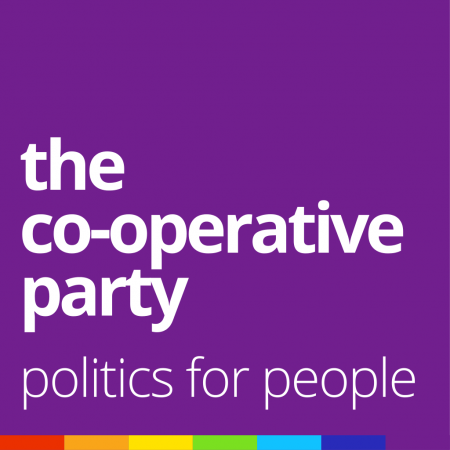 “It is good to hear reference to Community Housing Trusts, as too often the potential of co-owned and co-operative housing models are overlooked. There are good lessons to be learned from community land trusts, particularly in the south west, and it is positive that the chancellor has recognised this. Finally, we wait to see the details of the education announcement later in the week but the Co-operative Party will ensure that the voice of more than 800 locally accountable co-operative trust schools are heard if the mass academisation of English schools is to take place as proposed.”

The party would have also welcomed measures to ensure diversity in the ownership of financial services and that banks “fairly serve families and businesses in all communities”.

“It doesn’t appear that the budget will lead to meaningful progress in these areas,” said the statement.

Ed Mayo added that, like all other business people, members and leaders of co-ops should be cautious about the economic outlook. “However, if there is one thing we learnt from the last crisis it is that co-ops can weather economic storms rather well. Between 2009 and 2013 the UK co-operative economy grew by 13.5%, ahead of UK GDP which grew by just 6.6% over the same period,” he said.