Brexit: The view from an international co-operator

In another look into the possible Brexit, and how it will affect co-ops, we hear from Dame Pauline Green, former president of the International Co-operative Alliance, former Labour/Co-operative MEP and former...

In another look into the possible Brexit, and how it will affect co-ops, we hear from Dame Pauline Green, former president of the International Co-operative Alliance, former Labour/Co-operative MEP and former leader of the parliamentary group of the Party of European Socialists (PES)

Is there a co-operative perspective on the Big Europe debate?

On one level, of course, each co-operator will make up their own mind on whether or not they think the European Union is for them – or more properly, for the UK. But what will it mean to co-operatives and co-operators in the UK if the public chooses to stay or leave on the 23rd June – referendum day?

It is important to remind ourselves that co-operative business is subject to UK laws that relate to its constitutional structure, legal and financial operations, consumer rights, workplace regulation, social rights and so on, whether those laws originate in the EU and are implemented by the UK Government, or whether they originate from laws that are still solely within the jurisdiction of the UK national institutions.

I guess it is a truism to suggest that someone who has made the decision to join a co-operative has some understanding and empathy with the concept of collectivism; of the benefits of working together for the common good; of ceding some levels of personal decision- making in favour of the greater good that comes from collective decision-making for personal and/or community benefit. 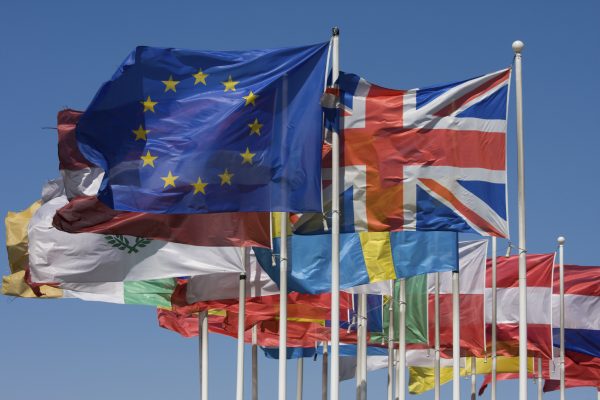 So let’s extrapolate that co-operators are more likely to be temperamentally inclined to be in favour of remaining in a European Union which brings together 28 countries in a continent of nations that have fought each other throughout the centuries. As one of the baby boom generation, born just three years after the end of the Second World War, this always seemed to me like a great reason to be in favour of Europe. I still prefer our political leaders to talk until the cows came home to solve a problem, rather than send my son to war to sort it out. Is this an outdated, Cold War idea as some would have us believe? Well look at bits of Europe outside of the EU, Serbia, Kosovo, Croatia, and more recently the Ukraine, not to mention slightly further afield – the Middle East!

The real truth is that most of the problems of the modern day are ones that require countries to work together, if we are to find solutions.

On the business side, the EU’s founding document, the 1957 Treaty of Rome contained the right for co-operative business to exist in the EU. In some countries of the EU, this has been a significant legal right that has prevented extreme governments and parliaments from trying to grab co-operative assets by antagonistic legislation. Who knows what the future holds for any country?

The real truth is that most of the problems of the modern day are ones that require countries to work together, if we are to find solutions. We live in a world where the USA and China are locked in a struggle for economic, moral and political primacy, and where multi-national businesses are using their financial and political power at local, regional and national level to skew legislation in their favour.

The serious question we have to answer in this referendum is, do we really believe the voice of the UK on its own is more influential, than as a highly effective player among the 28 countries of the EU? Thereby using our national and our influence on the EU’s supranational voice, to secure the future we all need.

One thing that I learned over the last six years as president of the International Co-operative Alliance, is that those arguing that a vote to leave the EU would give us back control over our economic decisions do not understand global decision- making in today’s world.

It is not the EU that decides the direction of the global economy – it is the G20, a totally unaccountable body made up of the heads of state of the 20 largest economies in the world. They come together annually and decide by how much the global economy should grow in the coming year, and what measures are needed to support that growth. In that, they have been advised by multinational business leaders.

It took my and my colleagues at the International Co-operative Alliance three years to break through the glass ceiling and get co-operative business in the mix with the multinational business leaders. Why? So that the voice of our locally owned and controlled, people-centred business, with its different ethics and business values, could be heard and have some influence in the G20.

Co-operatives in the UK are passionately committed to fair trade, action against climate change, environmental protection and good working conditions, including paid holiday and maternity and paternity rights. All of these have been supported and developed by EU policy. On climate change, for instance, the EU has developed the best standards in the world. Once again – why? To preserve the planet for future generations – my grandchildren and yours!

It is the EU states working together on climate change that has put such pressure on the USA and helped to drive change in what was the prevailing American denial of the need for any action on climate change. That sort of work demands cross border co-operation.

Similarly, working to stop terrorists enter this country or securing the extradition of someone wanted for crimes in the UK – this work too has benefited hugely from the cross border co-operation developed between the police service in EU states.

These are just some of the key issues that should be at the core of individual decision-making on 23rd June. In it is matter of sadness and huge regret that at this moment, the national and global political leadership leaves so much to be desired.

Brexit: What would leaving the EU mean for co-ops?
Previous