Seven women from Luxembourg are looking to open the country’s first packaging free organic shop. The store would be based on a co-operative model, enabling customers to become...

Seven women from Luxembourg are looking to open the country’s first packaging free organic shop. The store would be based on a co-operative model, enabling customers to become members and get involved in running the business.

Organic Unpackaged Natural Ingredients (OUNI) was officially launched on 8 February. The founding members are local residents who share a passion for innovative, no-waste approaches. Vanessa, Patricia, Anne, Saskia, Kasia, Rebecca and Caroline need €180,000 (£140,000) capital to open the shop this summer. They have already raised €40,000 (£31,000) in just two weeks since the launch of the co-op.

Anne Jacoby, one of the seven women behind the project, said: “We used the co-operative model because in the process of building up the structure, we saw that there was so much interest from the public. It was clear to us and to very many people that an incredible amount of packaging is used in supermarkets, and everyone is virtually obliged to produce a lot of plastic waste, if no alternative is given. Since 2014, shops with a similar concept have opened. They have proved that shopping without using disposable packaging works.

“We hope we can find a shop in Bonnevoie, Luxembourg and open it before summer. This depends on when our financial situation allows it; that is when shares have been bought in the value of €180 000, our seed capital. 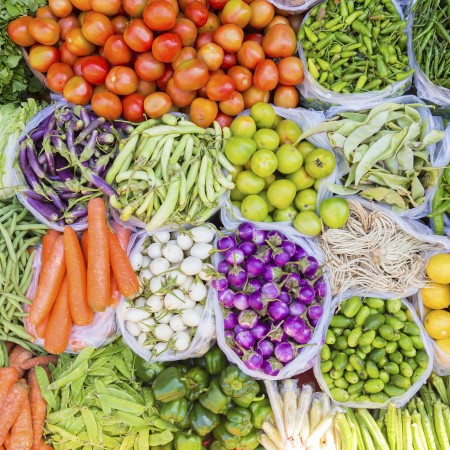 “We offer a simple membership and an active one. If members want to take an active role we ask for two hours of their time per month somehow invested in the shop. These members then get a reduction of 5% on all their purchases. We want the shop to be a convivial and nice place to be. We will have a coffee corner plus offer related events and ‘do it yourself’ workshops.”

OUNI will sell organic, local and/or fairtrade food and household products in bulk or in reusable glass jars and bottles. Customers will be able to use their own containers, avoiding packaging waste and buying only the amount they need, reducing food waste.

“The average Luxembourg resident produces about 653 kg of waste per year,” says Caroline Lam, another founding member of OUNI. “This is what inspired us to create the cooperative, in order to make real change possible.”

With product packaging accounting for nearly half of what we throw away, OUNI has the potential to reduce local household waste by 148 tonnes per year.

So far they have attracted over 70 members, half of whom said they wanted to be actively involved in the co-op. A member can choose to buy between one share for €100 up to 20% of the co-operative’s capital.

The OUNI team has also taken part in the current edition of the 1,2,3 Go Social competition, which provides coaching, business plan support and training to promising local social enterprise ventures. The project was selected along with eight other business ideas. After receiving coaching and mentorship, the admitted groups presented their project in front of economic partners that could be interested in using their services.

The idea for a co-operative non-packaging organic store has attracted a lot of support from local resident in Luxembourg. In just one month their Facebook page has attracted over 3,000 likes. In February OUNI hosted an evening event dedicated to waste prevention where they presented their concept for a packaging free organic store, attracting over 300 people.

£3.62m support programme to help communities take over their local pub
Next
Subscribe to the newsletter