The Co-operative Food has been listed as the fastest growing non-discounter in the UK grocery market for the first time since 2011. According to figures released today by market...

The Co-operative Food has been listed as the fastest growing non-discounter in the UK grocery market for the first time since 2011.

According to figures released today by market researcher Kantar Worldpanel, published for the 12 weeks ending 31 January, Co-operative Food increased sales by 1.4% and grew its own-label sales by 7%. Sales were up fastest for fresh and chilled products.

The figures show the British grocery market returning to growth, with a take-home sales increase of 0.2% after a slow December for the sector, despite positive Christmas results from co-operative retail societies.

“We witnessed a strong trading performance across the key festive trading weeks and it’s clear from our sales data that convenience shopping was in the ascendency this Christmas with more customers opting to shop little and often,” said Steve Murrells, retail chief executive at the Group. “Millions of shoppers visited us during the key trading period with Christmas Eve being the biggest sales day of the year.” 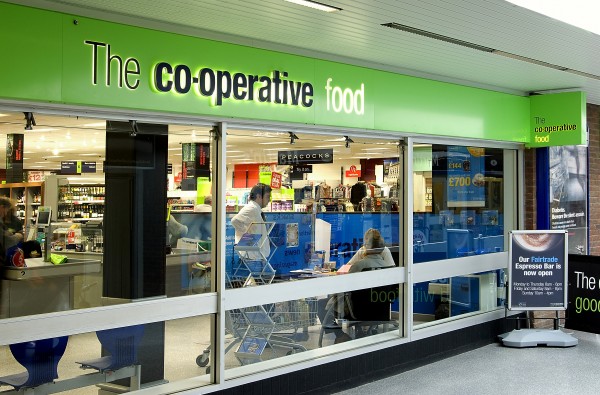 Kantar Worldpanel figures show that Co-operative Food was the most frequently visited major supermarket over the 12 weeks to 31 January, with customers shopping there an average of almost 19 times, compared with a sector average of 11 visits in the same period.

According to Fraser McKevitt, head of retail and consumer insight at Kantar Worldpanel, a strong post-Christmas performance across fresh foods can been attributed to New Year health kicks.

“Consumers are clearly striving for a healthier start to the year and have turned to fresh foods – particularly fruit and vegetables, which have both grown sales by 5%,” he said. “Similar growth has been seen in nuts, fresh poultry and fish.”

Tesco revenues fell by 1.6% in the 12 weeks. At Morrisons, the sales decline lessened to 2.2% and at Asda, sales fell by 3.8%. Sainsbury’s increased its sales for the sixth period in row, growing by 0.6% and Waitrose increased by 0.1% – the 91st consecutive period of growth for the retailer, which is currently the longest run of growth for any supermarket.

Growth at discounters Aldi and Lidl has also continued, with growth at Lidl accelerating to 18.7% and Aldi to 13.7%. “Both saw their share of the market increase by 0.7 percentage points, with Lidl’s rising to 4.2% and Aldi’s to 5.6% – a dip from the 10.0% combined market share high they experienced at the end of 2015,” said Mr McKevitt. “We can expect both retailers to continue to take market share this year as they fulfil their plans for more outlets.”