Fish producer organisations: why better regulation is a fishy business

By Anca Voinea
Cornelis Vrolijk, the 100 metre fishing boat owned by North Atlantic Fishing Company, which has around 30% of all English fishing quotas

Producer organisations (POs) were set up under the EU’s fruit and vegetable regime in order to strengthen producers’ positions in the market. They function based on rules dating back to 1975 that were replaced in 1990 and further amended since then.

Under these rules, members market all their catch through the PO and the failure to do so can result in a fine of £5,000. Furthermore, if a member wishes to leave the PO they are required to give three years written notice. The producer organisations were designed to help small-scale fishermen gain access to the market and reduce their costs.

But Mr Pettipher’s research shows that in all English cases a very small minority of producer organisation members, sometimes as few as one member, have been able to gain majority control of their producer organisation’s fishing quota. They have undue influence over the PO, even in the case of co-operative societies, he says. 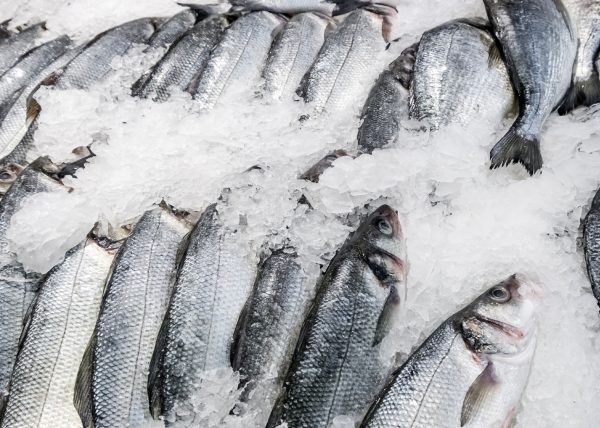 The UK has currently 23 recognised producer organisations, ten of them in England. Of these, five are registered co-operative societies.

He added: “In 1989 when quotas were introduced across the UK, there was a fleet of 4,500 boats under 10m. They don’t catch a huge amount of fish, and the government said they were half the problem and couldn’t be introduced in the quoting system.

“Over subsequent years, the EU pointed out everyone else had all boats in the quoting system so the UK had to do it. But the UK’s cake of quota had already been divided among those large boats and when the small boats came into the system, they didn’t have much quota to share among them.

Mr Pettipher gave the example of the Cornish Producer Organisation, which has a £1m fishing quota – but only shares it with the over 10m boats, not the under 10m boats.

“61% of the quota in the Cornish Producer Organisation is owned by Andrew Marr International Ltd, a company based in Hull that made £32m profit last year,” he said.

While flagged to the UK and with Hull as its homeport, it is controlled by a large Dutch fishing company and lands all of its catch abroad. The Cornelis Vrolijk employs 55 people in the UK and also pays UK taxes.

In 2013 the UK Association of Fish Producer Organisations (UKAFPO) contested a High Court decision in favour of the then-government’s decision to reallocate a small percentage of unused quota from large operators to smaller vessels.

But UKAFPO had already lost its status of registered society in September 2011 for failing to submit an annual return for 10 years.

“The government let UKAFPO do a judicial review even though it didn’t exist,” said Mr Pettipher.

The new Coastal Producer Organisation was set up to change the system from inside, he added. “If you can’t beat them, join them”.

The organisation is partnering with Anglia Farmers, a co-operative, to provide back office services for its members.

Speaking in another session at the Future Co-ops conference, Jeremy Percy, executive director of Low Impact Fishers of Europe, said that POs distribute quotas among their members and can arrange quota swaps. Since 1985 the percentage of the UK’s total allowance of catch managed by POs has been increased. In 2015 96% of quota was under POs’ control.

“The idea of shifting the emphasis of regulation from government to industry is a recipe for disaster,” he said. “With the help of Greenpeace in the run up to last election we got commitment in every manifesto to reallocate quotas.”

Following the adoption of the Lisbon Treaty in 2009, the European Parliament was given more power and decision-making was brought in Parliament from the European Commission. “The Parliament put 2,500 amendments to the Common Fishery Policy, it made a huge difference,” said Mr Percy. The amendments looked at integration with environmental policies, regionalisation and landings obligations, among others.

He added: “We need to get regulators to do what they need to do, regulation is already there but regulators aren’t doing what they are supposed to do.”

Dave Cuthbert of Plymouth Trawler Agents called for more co-operation between the Department for Environment, Food and Rural Affairs and the Marine Management Organisation.

“We’ve been hugely successful in what we’ve done. Part of the reason for the growth of Plymouth Fisheries is that fishermen trusted Plymouth Troller Agents,” said Mr Cuthbert, adding that the auction system had been key to the success.

He admitted that engagement was a barrier they had to overcome. “You need to get out to people, have face-to-face meetings, that’s a challenge”.

Other delegates suggested attending outside conferences and interacting with business representatives that are serving on government committees.

Jo White of Co-operatives Futures said: “There are 52 bodies that regulate small-scale fishermen. That does seem like a lot – we’ve all encountered regulatory regimes that contradict.

“Deregulation, cutting red tape is good, but cutting regulation against health and safety and employment rights isn’t, where we take two rules out for every one we put in.”

She added: “Changing the narrative, that is our biggest challenge. The argument could be that we go through our elected members, whilst elected members write themselves manifestos.

“It doesn’t matter because you end up with one in, two out and the Committee filled with big businesses. Politicians there have no power either. We need to stop giving power for these regulations to the big businesses.”