Heart of England members call for meeting to discuss closures

Over 100 members of the Heart of England Co-operative have signed a petition asking for a special meeting after the society announced it would close all of its...

Over 100 members of the Heart of England Co-operative have signed a petition asking for a special meeting after the society announced it would close all of its non-food retail offerings over the next 12 months.

The society has sold its department store in Coventry and is due to close its department stores in Hinckley, Bedworth, Atherstone, Nuneaton, Rugby and Leamington Spa. In response, a number of members have launched a campaign to stop the closure of the remaining department stores. They submitted an initial motion asking the co-op to reverse the decision to close the stores.

“We are members of the Heart of England Co-op as are so many other people in the town and indeed this area,” said Cllr David Bill, (Lib Dems, Clarendon), who is leading the campaign in Hinckley.

“The Hinckley Co-op occupies a key position in our main shopping street, Castle Street, and its loss will be a body blow to our hopes of maintaining a good retail mix. On a personal basis, our generation was brought up with the Co-op, which in its heyday was the leading shop or group of shops in so many towns. It belongs to its members who should have the final say in a situation such as this.”

He added: “We submitted a 500 name petition opposing the closure back in December but heard nothing so we are now invoking the Co-op rule book which stipulates that a meeting must be held of members if 100 members sign the appropriate requisition.”

In their second motion, members are asking the secretary to convene a special meeting to discuss the closure and to consider passing a resolution of no confidence in the society’s current board. They are also asking for a report from the board regarding the proposed closure of the department stores, setting out the economic and co-operative rationale for the decision, together with accounts setting out the trading position of the department stores as a group and individual stores. 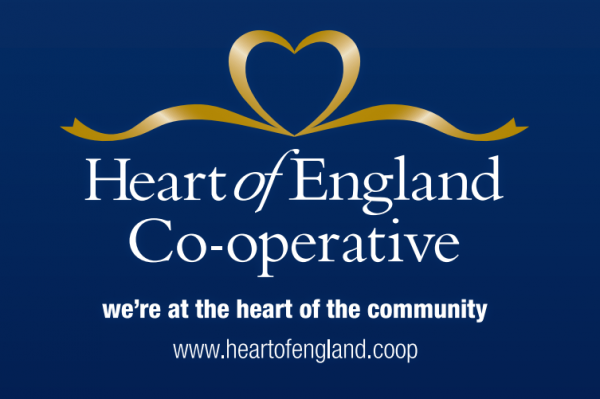 According to Cllr Bill, over 170 members have signed the petition so far. A group of members from Nuneaton have also joined the call for a special meeting. Among them is Cllr Sam Magrave for Attleborough, who has served for two terms on Heart of England’s members relations committee.

“I’ve asked the board to call a meeting to present their plans,” he said. “They have refused to hold a meeting until the May annual general meeting, which will be too late. I’ve asked for details about why they are making this decision. None have been provided.”

He added: “Our society has been in existence since 1884. The board has no right to sell our headquarters, and historic stores without our say-so.”

According to the society’s rules, special members’ meetings can be convened by the secretary, either on an order of the board, or on a written requisition signed by 100 members.

“Special members’ meetings shall be held as soon as is reasonable after the receipt of the order or delivery of the requisition, at the place and time at which ordinary meetings are usually held, so far as is possible. A requisition must state the objects of the meeting and be delivered to the registered office,” reads the society’s rulebook.

However, there are circumstances under which the board has the discretion not to include such a motion. This can apply if the secretary and the board believe the motion seeks to intervene in the exercise of their powers under these rules by the board, the management executive, the secretary or any authorised committee or sub-committee of the society.

Another exception would be made in case the publicity for the special meeting would be likely to diminish substantially the confidence in the society of investing members of the public.

The society’s rules also state that the secretary has 21 days to convene a special members’ meeting from the moment the written requisition is received. An extra amount of time will also be required to validate the number of members signing the requisition letter. “We are confident we have got enough,” said Mr Magrave.

A spokeswoman for the society said: “Clear guidelines as to the process which must be followed are contained in the Heart of England Co-operative Society’s rule book and if the correct procedures are followed then the society will call a special members’ meeting.”

Under Heart of England’s rules, if 25% or more of the society’s assets are sold off, members are entitled to a vote.

“I asked specifically what percentage had been sold off but they wouldn’t tell me. I was told the board was aware of the percentage,” said Mr Magrave.