COP21: Co-operative voice is being heard in the EU

It’s all too easy to assume that the doom and gloom surrounding renewable energy policy in the UK is the same the world over. I was therefore both...

By Ramsay Dunning
After the Paris Climate Change meetings and agreement, what next for sustainability – and what can co-ops do?

It’s all too easy to assume that the doom and gloom surrounding renewable energy policy in the UK is the same the world over. I was therefore both delighted and honoured to attend a major community energy event at COP21 in Paris, organised by French community energy supplier, enercoop, and the umbrella body for community energy across Europe, REScoop.

It is clear the co-operative voice is making great headway in the corridors of power in Brussels and Strasbourg, and that there is much to play for as the EU’s Energy Union and Energy Market Reforms progress. Co-operative Energy has been active over the last 12 months in both REScoop and Co-operatives Europe’s Energy Working Group, recognising that as one door closes in the UK, another one may open in Europe. And, more altruistically, there are many co-operatives across Europe who wish to tap the experience of Co-operative Energy given we are Europe’s largest community energy enterprise (by some way).

The fact the French environment minister, Ségolène Royal, broke off from the COP21 talks at a crucial juncture to join our community event indicates to me that the sector is starting to become a real political force. A point reinforced a couple of weeks prior when I gave evidence at the Europe Parliament on the impact and opportunity of community energy at a special hearing, together with other REScoop members. Of course, it would have been nice if support for “community energy” had been made explicit in the final draft of the Paris Agreement, but the fact that it “recognises the need to strengthen knowledge, technologies, practices and efforts of local communities” bodes well for the future. The Agreement’s goal to limit warming to 2C is far from locked down given the combined commitments of countries to date will only curtail warming by 2.7C; so, in many ways, the hard work (and opportunity) for co-operatives and social enterprises is only just beginning.

On the one hand, the sector was enthused by the knowledge that 2015 will be the best year ever (by some way) when it comes to the deployment of citizen-owned renewable energy projects. Conversely, a raft of public policy announcements from the UK’s newly-elected Government could spell the end of significant growth in the sector for years to come.

The Fortnight was once again launched with a marque conference, organised by Co-operative Energy and Community Energy England. Hundreds of activists attended, buoyed by excellent national press coverage on the morning of the event and over the preceding days (not least the evidence that Conservative voters were overwhelmingly supporters of community energy). 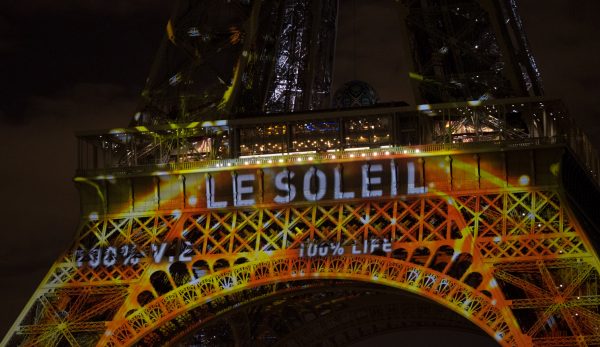 Speaker after speaker noted that the sector looked to be reaching critical mass, but that all this great progress could be derailed by changes in Government policy.

However, glimmers of hope persisted given multiple comments from the government intimating that they would maintain support for community energy in some shape or form – not least as modelling from Co-operative Energy and the Energy Savings Trust indicates that 3GW of community energy could be delivered for as little as 25p per UK retail customer per annum.

There was a pervading sense that the sector would move forward regardless and make a fist of things – although this was before the government’s announcement that community energy investors would (contrary to recent assurances) soon be denied access to enterprise tax reliefs. The sector has rallied incredibly well, with 24 projects hastily completing share offers before the November 30th deadline – enabled in part by 1010’s wonderful ‘energy dash’ initiative.

But, henceforth, the business case for projects will be much more marginal, as demonstrated by the cancellation of schemes in places such as Abingdon and Balcombe.

So, where does that leave the sector? Well, we all eagerly await the outcome of the government’s Feed-in Tariffs (FIT’s) review and whether they will listen to communities across the UK and develop bespoke support mechanisms for a few short years. Co-operative Energy will continue to do what it can via power purchase support agreements and initiatives such as our award-winning User Chooser product. I’m also delighted to announce that we’ll also be sponsoring Community Energy Fortnight again in 2016.

The Fortnight later this year may have a different feel and focus, but it will continue to argue the unique and compelling merits of a citizen-owned renewable energy revolution.

Kath Harmeston: Group could have been 'world-class' within a year
Next
Subscribe to the newsletter