After a busy year for the co-operative movement, we looked at which stories have been the most read, shared, liked, commented on and retweeted throughout 2015. The top ten...

After a busy year for the co-operative movement, we looked at which stories have been the most read, shared, liked, commented on and retweeted throughout 2015.

The top ten most read stories of the year were:

A major fire has damaged the historic headquarters of the former Co-operative Wholesale Society. The top floor of Hanover Building, which is vacant and being renovated, was being tackled by over 50 firefighters using six pumps from various points around the Manchester ‘co-op quarter’. Eight fire engines were on the scene pumping water onto the blaze.

2. The importance of gender equality in business and development

A report has been published by the Fairtrade Foundation that assesses the participation of women in supply chains. The Equal Harvest study, which was published on International Women’s Day (8 March), says that enabling more women to join the organisations that grow produce such as bananas, cotton and tea, could benefit businesses and support global development, as well as bringing gains for women.

As the Labour Party prepares to vote for its next leader, the four leadership and five deputy leadership candidates are taking part in a hustings organised by the Co-operative Party. Liz Kendall, Jeremy Corbyn, Andy Burnham and Yvette Cooper addressed potential voters at the Amnesty International Auditorium, London, on Tuesday, 21 July. Each prepared a statement on co-operative action and how they would support co-operation.

Employee-owned paper mill Tullis Russell has gone into receivership, with almost all its 475 employees losing their jobs. Tullis Russell Papermakers, which was founded in 1809 and manufactured board for cards, covers and packaging from a 100-acre site in Markinch, Fife, had been making significant losses for several years. The final blow came when its most valuable customer went bust. 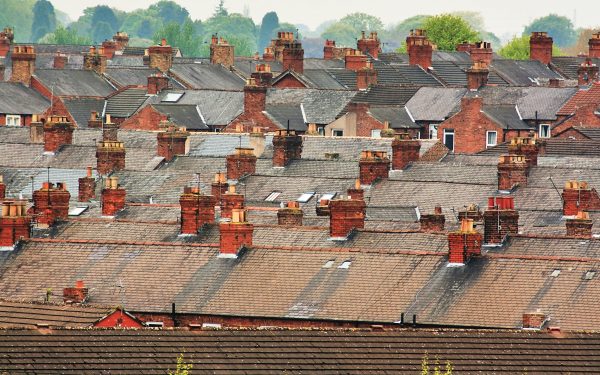 Co-operative housing organisations and community land trusts are on high alert in case the government’s newly announced Right to Buy provisions for housing association tenants affect community-led housing initiatives. The community land trust movement in particular is concerned at what could be included in the Conservatives’ as-yet unpublished Housing Bill. recent years have seen a rapid growth in community land trusts in Britain.

Formed by a group of the city’s leading chefs, this celebrates local food and promoting healthy eating. Initiated by Colin Clydesdale of the Ubiquitous Chip restaurant, and his partner Carol Wright, Real Food, Real Folk is a not-for-profit collective which counts chefs from city eateries Cail Bruich, The Cottonrake Bakery, The Crabshakk, The Gannet, Guy’s, Mother India, Ox and Finch and Stravaigin among its members.

Waitrose has avoided a formal investigation by the Advertising Standards Authority (ASA) after it agreed not to repeat adverts saying “everyone who works at Waitrose owns Waitrose”. The supermarket chain is part of Britain’s largest employee-owned retailer, the John Lewis Partnership, which is under pressure to renegotiate its deal with cleaning contractors and be more honest about how it treats workers who are not members of its employee benefit trust.

8. Ed Miliband: ‘Co-operative ideal is more important than it has been for a generation’

I don’t think many people in the co-operative movement will look back on 2014 as a golden year. Yet despite the Co-operative Group’s recent difficulties, I still believe the movement’s best years are ahead of it. Over 150 years ago, the original co-operative and mutual societies were formed as a vehicle to give working people more power in the economy.

A wholefood worker co-operative shop opened in Portsmouth this month following two years of planning by its eight members. Wild Thyme, which incorporates a juice bar and vegan takeaway, is the only wholefood shop in the Southsea area but it joins an eclectic mix of local independent retailers. The store, which received a loan from the Co-operative Loan Fund, stocks the widest range of natural foods in Portsmouth.

10. Fighting for the soul of Britain’s building societies

It is widely believed that the 2007-8 financial crisis was a crisis of big banks and investment banks. These unaccountable behemoths borrowed large amounts of volatile wholesale funding to use for highly risky speculative activities, putting both their solvency and their customers’ money at risk. Building societies were not involved in the highly risky speculative activities that were the proximate cause of the crisis. 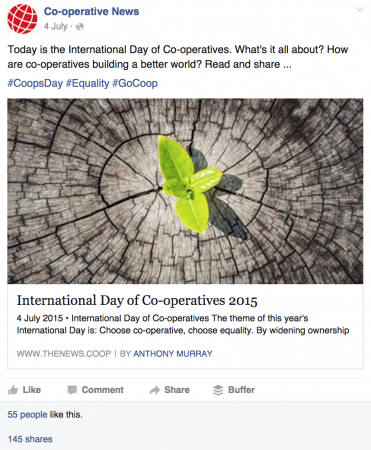 And finally, the words most used by you in your letters and emails to us:

End of Year Review 2015: Finance and credit unions
Next
Subscribe to the newsletter