COP21: What Paris Can Learn From a Mississippi Co-op

Cooperation Jackson heads to the Paris climate talks to show what a just transition to a green economy looks like. Business-as-usual capitalism may be bracing for a stiff...

Cooperation Jackson heads to the Paris climate talks to show what a just transition to a green economy looks like.

Business-as-usual capitalism may be bracing for a stiff challenge from a group in one of America’s poorest cities.

Cooperation Jackson is a growing network of co-ops founded less than two years ago in Jackson, Mississippi, to replace an economic system with high unemployment and a dwindling population with one that encourages community vitality and environmental responsibility.

The group’s work has garnered international praise as an alternative to austerity capitalism. Members were invited to participate in this year’s Conference of the Parties climate talks in Paris. YES! spoke recently to three people at Cooperation Jackson to discuss how they hope their model will inspire others around the nation and world.

This interview has been lightly edited.

Marcus Green: What message do you hope to bring to Paris, given the recent terrorist attacks?

Kali Akuno: We’re going to present a real strong narrative about what a just transition framework looks like and how that has to fit into both the science-based emissions [levels] and the responsibility of governments, the WTO, transnational corporations, and financial institutions of the world. Those four forces have to be moved.

The march on [November 29] was projected to have more than a million people. I thought that was a real possibility, just given the strength of social movements in Europe, particularly a lot of effort to bring out trade unions there. They cancelled that in the wake of the attacks. It being cancelled leaves governments to decide whatever they want to decide without any pressure from social movements. We still want to deliver the points we were going to deliver, but figuring out how to do that has changed.

We are going to find some creative ways to give voice to our issues here in Jackson and the southeastern part of the United States.

Green: What lessons from the climate talks do you hope to bring back with you to Jackson?

Elijah Williams: I want people to understand that there are people around the world who are bringing something new to the table. I want to wake people up to what’s going on — the reality of their lifestyles — and that they are actually being affected by climate change. Maybe they don’t see it and don’t see the problems or situations that are harming them. I want to bring these issues to them. Let’s think of some ways that we can stop this. Let’s think of some ways that we can better assimilate ourselves. I feel like going to Paris is a big experience for me.

Green: Why do you think it’s important that you have the delegation going from Cooperation Jackson?

Akuno: Part of what we’re doing is touring around Paris, visiting other cooperatives there and around the region. Our people can see some things in action and gain some experience in that. That’s a big piece. The other piece is this Southern region we’re a part of has been significantly hit, particularly the years after Katrina. There’s still a good number of folks displaced from New Orleans who live here in this neighborhood. There’s still a couple of thousand people who have been forced to come here and relocate, and there’s no resources for them to go back, so they just kind of have one-way tickets out and no ticket back. They have no aid and no assistance. So we’re going to represent those interests, and more importantly with that, to really focus on this just transition and really be an advocate for that.

Green: Where do you think the convergence is between the environmental movement and the civil rights movement of today?

Williams: I think those things should definitely be combined. I don’t think you can have one without the other. [If] you understand the Black Liberation and Black Lives Matter movements, you’ll end up understanding climate justice and how all that works together. If the climate is messed up, and how we eat, how we grow, how we help to sustain each other is messed up, our movements will crumble.

Fa’Seye Aina Sunny Gonzalez: I personally believe that you have several movements going on together at the same time, and everyone has a voice. Everyone has a message. It’s like a big family with different shades, so everyone may have a certain focus, but we do all have a part to play in this.

Green: How do you demonstrate an awareness of climate justice in your work with Cooperation Jackson?

Akuno: We ask, What is our real impact on the environment? How do we change what we produce? How do we distribute it? How do we consume it?

What we’re trying to do is create a real symbiotic process of production and consumption. It makes doing business a lot harder. So with the community cafe we’re working on starting, we ask, How far did the food we’re serving come and what level of emissions were in that? We’re trying to be mindful of that and having the most ecofriendly set of practices from the jump. We want to demonstrate that another production is necessary and another production is possible. And it creates equity where there are gross amounts of inequity.

We’ve always said that we want to make Jackson the greenest city in the world. We have opportunities to do that in a profoundly different way. We want to create a local example and magnify it through the political process.

Green: You talked about trying to create a new economy. Why is it imperative for Jackson to move toward one?

That’s the baseline to understand. The other critical thing to understand is the major sources of employment in the city. The largest is our hospital complex. If you add up all the hospital jobs, from the nurses to the orderlies to the people doing all the paperwork, that’s number one. Then you have the government, who’s the second largest employer in town, then the colleges, and then there’s public education. Next is transportation, primarily trucking. There’s also a large underground economy that ranges from a heavy dependency on sex work, to trading food stamps for cash and other things. The official unemployment rate is around 10 to 12 percent. The real unemployment rate is about 50 percent.

Green: What role does racism still play in Jackson?

Akuno: Racism exists in Mississippi still, but it’s coded. They spice the language up in some different ways, but it’s very clear.

We just had elections [last month], and there was a pretty significant initiative called Prop 42. What it was arguing for was a full funding of public education in the state of Mississippi.

One of the advertisements against it said, “A liberal judge will take money from your good schools and put it in schools of their choice.” That was the commercial. Now, who is the “your” and who is the “their”? Everyone knows. That’s pretty typical around Mississippi. That creates a certain type of political consciousness around race and around class. This is also very much a class issue in terms of most of your white working class in Mississippi, who have to go to public schools just like the vast majority of black people of different classes. This is one of those issues where the 49 percent who voted for the initiative demonstrated that on certain issues, if we do our work right, there can be some breakthroughs with the white community.

Green: What has the response been like in organising around alternative economies and co-ops?

Williams: It’s funny because usually someone asks you, “What’s a co-op?” You then end up explaining it and talking about being a worker-owner. That’s unrealistic to a lot of people. They’ll be like, “Worker-owner? Get out of here!” They can’t grasp that because that’s never been part of their lives. Growing up in school, you’re being taught to impress a boss. So when they hear [worker-owner], they’re totally put out of whack. They ask themselves, What have I been learning?

When I first joined Cooperation Jackson, I really didn’t get the gist of it. I was volunteering on a farm. I was working a minimum wage job at the time, at a fast food restaurant. I liked the whole idea of a co-op, and I understood the concept, but it took time to actually get into it. I feel like we have to reach out to a younger crowd and reach out to those people who really don’t know what to do. Those people usually go into Job Corps or community college. They can get the same skills at a co-op. You just got to build those co-ops.

Green: What is your ultimate vision for the success of Cooperation Jackson?

Williams: This is something new to Jackson. I don’t expect this to happen swiftly. As far as a short-term goal, I think it would be the freedom farms we’re planning, where people can purchase food from us. I think that over time what [Gonzalez] was saying will happen. We’re great with coming up with new ideas. When those ideas die, we’ll come up with new ideas.

Akuno: As we gain more economic strength and power, it will match the numeric strength and power that the black community in Jackson has. That plan, to be clear, is not just about asserting a level of power and democratic control in Jackson — it’s about asserting it throughout Mississippi and transforming the state. We’ve been saying to folks that it’s more possible here to bring about substantive, transformative change because of the conditions, because it isn’t oversaturated with capital and all this infrastructure—that there’s more of a possibility to change things here than there is in most other places around the country. If we do some work deliberately to bring progressively minded people here to help expand and build the community, it can be a much shorter time. 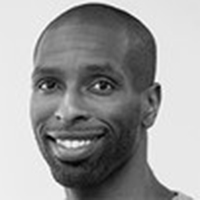 Marcus is a YES! Magazine Reporting Fellow and the founder of the South Seattle Emerald.